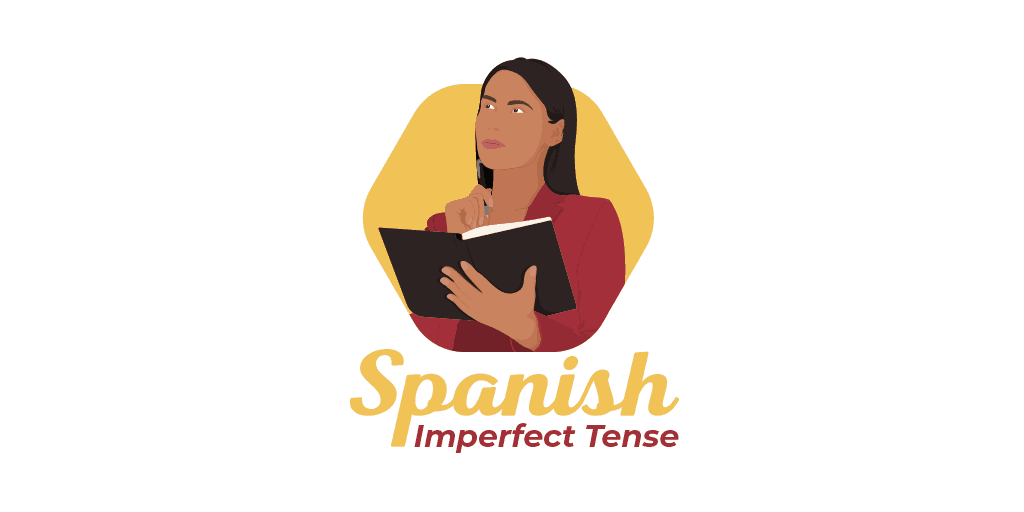 The imperfect tense, also known as the pretérito imperfecto, is super useful for talking about the past. Luckily, it’s not too complicated, either! Read on to learn how it works.

Quick Navigation
What is the Spanish imperfect tense?
When do I use it?
How do I form it?
Irregular verbs
Ser (to be)
Ver (to see)

What is the Spanish imperfect tense?

The imperfect tense is a type of past tense. It’s used to talk about something that used to happen, or was happening.

When do I use it?

There are a few ways to use the imperfect tense. Here are the main ones:

Let’s say you’re telling a story set in the past, and you want to describe the weather, someone’s actions, and their mood:

(It was raining a lot, and Claudia was crying. She was sad because she had a broken heart.)

2. Talking about repeated actions in the past

(When I was little, I went to the park every week.)

3. Setting the scene of what was happening when something else interrupted it

This one is really useful when you’re telling a story where an event occurs (preterite), and it interrupts another ongoing event or situation (imperfect).

(While I was studying, my dog came into my room and distracted me.)

(He was watching TV when, all of a sudden, the phone rang.)

Sometimes, you want to report what someone else said, but you don’t want to use a direct quote. Here’s the difference:

Indirect/reported speech: Carlos said that he was happy.

Notice that we use “was” in the past tense. This would be the same in Spanish.

How do I form the Spanish imperfect tense?

The imperfect tense is pretty simple to form.

For -ar verbs, you remove the stem (-ar) from the infinitive, then add the following endings:

Check out these example sentences to help give you a feel of when this tense is used:

For -er and -ir  verbs, remove the stem (the -er or the -ir) from the infinitive, then add:

Take a look at some examples:

Good news! Not many verbs are irregular in the imperfect. The only ones that are irregular are ir, ser, and ver (and certain words that are connected to ver, like prever).

There you have it! Practice a little every day, and the imperfect will hopefully start coming naturally to you. Hasta la próxima!