A Simple Guide to the Spanish Preterite Tense | My Daily Spanish

A Simple Guide to the Spanish Preterite Tense 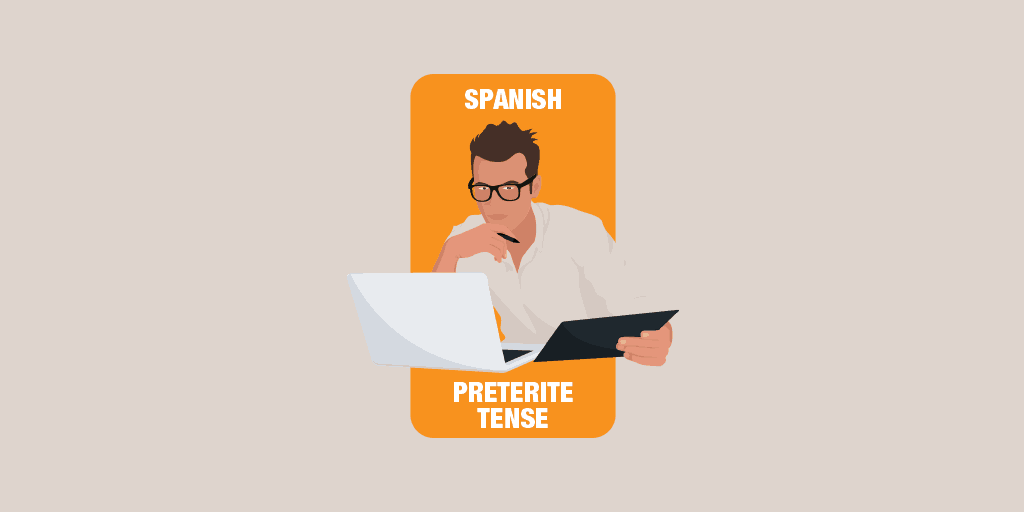 ¡Hola! In this article, we’ll be looking at what the Spanish preterite is, and how to use it. Enjoy!

What is the Spanish preterite tense?

The preterite (known in Spanish as the pretérito indefinido) is a Spanish past tense. It is used differently from the perfect tense and the imperfect tense, which are separate types of past tense.

When should we use the Spanish preterite tense?

The preterite is used to describe things that were completed in the past. They’re over. This could include a series of completed events in a sequence, a completed single event, or something that happened a specific number of times or over a specified time period.

How is the Spanish preterite different from the other types of past tense?

It takes practice to get to grips with which past tense you need, but here’s a general guide:

The preterite is for completed events that happened at a specific moment in time.

The imperfect is for something that used to happen, or happened over an unspecified period.

The perfect is for something that has happened.

The differences are subtle but they are there!

How do we form the Spanish preterite?

Then, just add the appropriate ending from this table:

*using ‘@’ instead of ‘o’ or ‘a’  can be a way to cover both masculine and feminine subjects.

Using hablar as an example, we get:

Let’s take a look at some example sentences:

*Note that these forms are more common in Latin America and the US. Over in Europe, Spaniards would use, “¿Ya has llegado?” which Brits would translate as, “Have you arrived yet?”

Again, the first step is to take off the stem.

Then add whichever ending you need from this table:

So, if we use comer and vivir as examples, we get:

Here are some more -er examples:

We use the same endings in the -ir examples:

You might notice that for -ar and -ir verbs, the nosotr@s form is the same in the preterite as it is in the present tense. To differentiate, just use context and common sense, for example:

As always, not everything is regular...

Quite a few verbs are irregular in the preterite tense, but don’t panic! As we list them below, you might start to notice that some of them follow similar patterns.

Let’s get the super irregular ones out the way first:

Ser and ir actually have the same conjugation in the preterite, even though they have completely different meanings!

Luckily, the rest of the verbs aren’t quite that bad, and they all follow pretty much the same pattern. You’ll notice that they have irregular stems, but the endings are pretty similar, and go something like this:

So try to remember the stems, e.g. the stem for estar is estuv-.

Poder (to be able to)

Conducir (to drive), traducir (to translate), introducir (to introduce)*

*Notice that these verbs all end in -ucir, and their preterite endings are basically the same. Apply this conjugation to pretty much any common -ucir verb and you’ll be safe:

There are some situations where slight spelling changes are made, for example in order to maintain the same pronunciation, or because they’re stem-changing verbs.

For example, llegar → llegué NOT llegé.

There aren’t too many of these, and you’ll learn to recognise them as you advance, so don’t worry too much about them right now.

There’s a handful of verbs that actually change meaning depending on whether they’re used in the preterite or the imperfect. Here are some of them to give you an idea of how subtle the differences can be.

Testing yourself is a great way to see how well you understand something. Read these sentences and try to identify the correct answers. The infinitive has been given in brackets.

We hope you’ve learnt something from this article. Remember to practice little and often, and if you’re stuck then take it step by step: start with the infinitive, find the stem, then add on the ending.

For more Spanish lessons, get the complete method Spanish e-book with audio. Check out My Spanish Routine below!