Spain’s Best-Kept Secrets: Unusual Places to See and Things to Do

Spain is a country that has something to offer anyone. There is no shortage of breathtaking landscapes, rich history, and surprises to be found at every turn. The problem is, you have to know where to look for said surprises.

Read on for a quick list of some of the strangest, most unique things that Spain has to offer.

Whether you’re looking for history, nature, or just weird things to see and experience, Spain has no shortage of fun, random, and completely unexpected things to add to your list of places to visit. 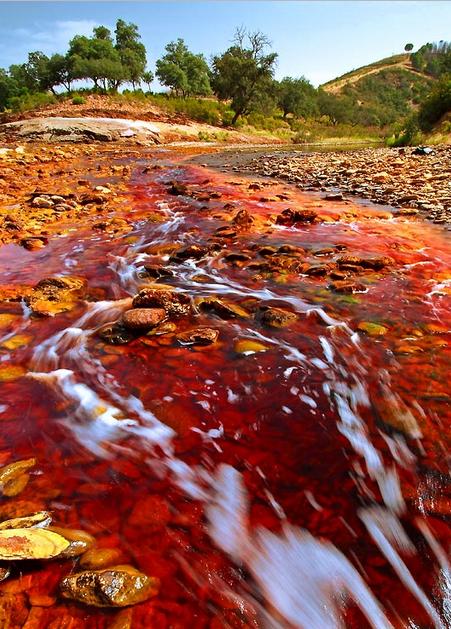 The name of this ancient mine is translated to mean “Red River”. The name is very fitting, as the landscape does appear to match that of the red planet that it has come to be associated with--Mars.

Located in the southern region of Spain Andalusia, this vast, arid space has a very interesting history that dates back as far as 5,000 years. As its name would suggest, it has long been an iron and copper mine, and could very likely be the reason that the Copper and Iron Ages came into existence.

As a very acidic location due to the extreme presence of various metals, it’s not the most environmentally safe of places. However, its red landscape and intense conditions have their advantages. NASA has used this place to carry out different forms of research to test how life can be sustained in such intense conditions. Not to mention that it looks pretty awesome.

Where it all began… Altamira Caves 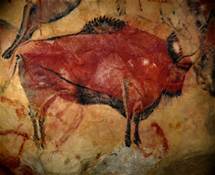 This cave, located in the northern region of Spain known as Cantabria, has played a major role in tracing the existence of the human race. It was here that paintings from the Upper Paleolithic humans were first discovered. This, of course, led to some controversy as it was previously believed that the capacity to create such works were not available to the prehistoric man that painted them.

Discovered in 1880, the preservation of the images is amazing. Pictures of deer, bison, and other animals along with outlines of human hands found in the cave date back as far as 18,000 years.

While visits to the caves themselves are limited, there is a museum and replicas located nearby, which are very much worth a visit. 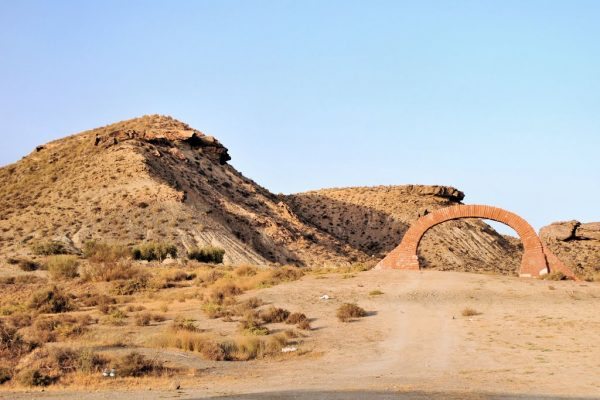 Europe has a desert? Can that be right? Yes, it is! And, it’s found in the ever-surprising Iberian Peninsula. Located in Andalusia, in the south of Spain, the province of Almeria is the driest place in all of Europe, and home to Europe’s only true desert.

What’s even more interesting about this place is that if you venture out to the sandy, dry environment, you might be surprised to find it somewhat familiar. This location has been used in films for decades. Because its appearance is similar, if not identical, to the American West, it’s been used in many shoot-’em-up cowboy movies. 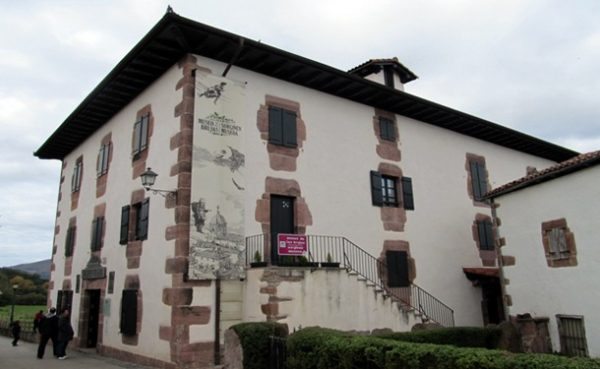 If you’re into mysterious history and legends of the occult, this place is just right for you! The history of Zugarramurdi is a complex one. It is considered the center of witchcraft in Spanish history.

The Witch Museum is located in an old hospital (that’s not creepy at all…). Its aim is to transport you back in time, to one of the most tumultuous periods in Spanish history--the Inquisition. You can find different exhibits dedicated to the legends and myths of the occult in the place where many individuals were tried for witchcraft, and the largest witch hunt in Spanish history began.

This isn’t just a sit back and looks type of museum, either. On the second floor, you can learn some spells and even how to make your very own potions!

Towns built into the mountains

If dark history and outer-space type landscapes aren’t what you’re into, maybe something a little more natural and awe-inspiring is what you’re looking for. Don’t fret! Spain has that, too.

There is no shortage of cute towns and breath-taking landscapes to be found spotted all throughout the country. Below, you’ll find a quick description of two little cities that are literally built into the side of a mountain. Who wouldn’t want to see that? 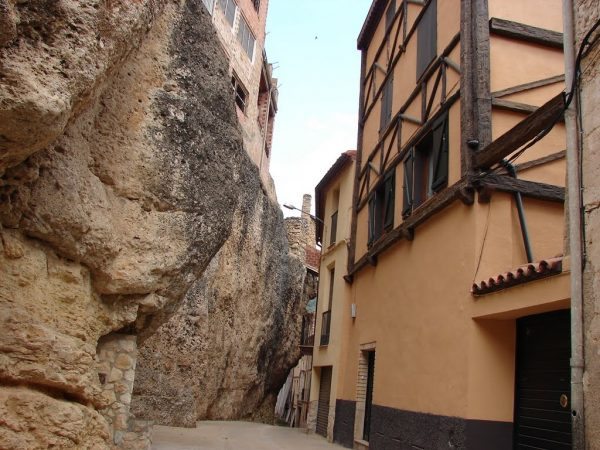 This is a rock climber's haven. With over 500 climbing routes, there is no shortage of places to explore and adventures to be had.
With streets that wind through the side of the mountain and the village itself which seems to melt into its surroundings, this place is a great location for eco-tourism.

Built along a river gorge, this small town makes a big impact. With houses built into the stone walls of the gorge and a castle that dates back to the 12th Century, this little village is sure to draw you in.

And, being famous for its meats and pastries, you definitely won’t go hungry as you explore the winding streets. 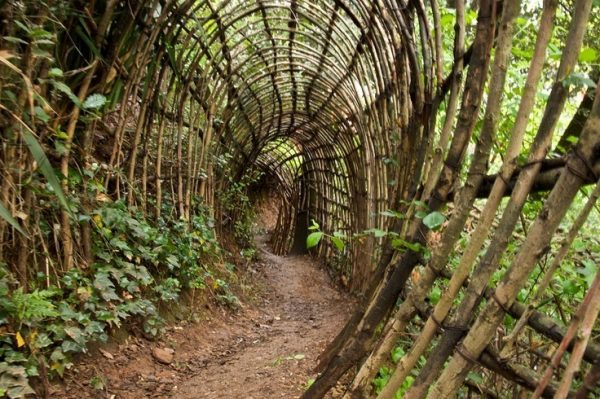 This work in progress is a virtual wonderland. After Pujiula i Vila (the architect responsible for this fantasy world) constructed his initial labyrinth, he decided to keep going. He created towers and passageways, using aspects of nature such as branches and trees. He even created a small cabin and different walkways and tunnels to explore.

The development of this whimsical world has not been without its pitfalls. The Spanish Government wasn’t exactly on board with Pujiula’s plans, and he was forced to dismantle parts of his park. That hasn’t deterred him, however. At the age of 70, he’s still working to rebuild and expand his vision. 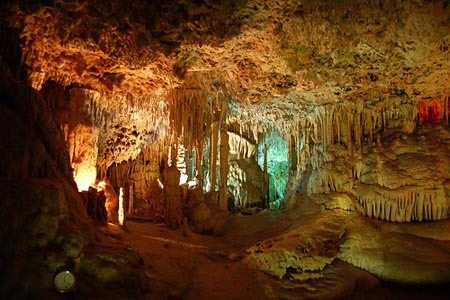 This is yet another example of the wonderfully varied Spanish landscape. The Cuevas de Arta are breathtakingly beautiful, and a must-do if you enjoy the thrill of venturing into the side of a mountain and cave exploring. The scenery is indescribable, and the wonder of nature’s magical charm will surely leave you feeling overwhelmed and thoroughly impressed.

Take a guided tour, available in various languages, and explore the stalagmite and stalactite littered caves from the prehistoric era.

One of the aspects of Spain that constantly draws in visitors is the constant presence of festivals. No matter what time of year you visit, you’re sure to find something exciting going on in one part of the country or the other.

Everyone knows about San Fermin (the running of the bulls in Pamplona) and Tomatina (the tomato throwing festival in Buñol), but those aren’t the only festivities worthy of notice. Read on to find a few other strange celebrations that take place in Spain. 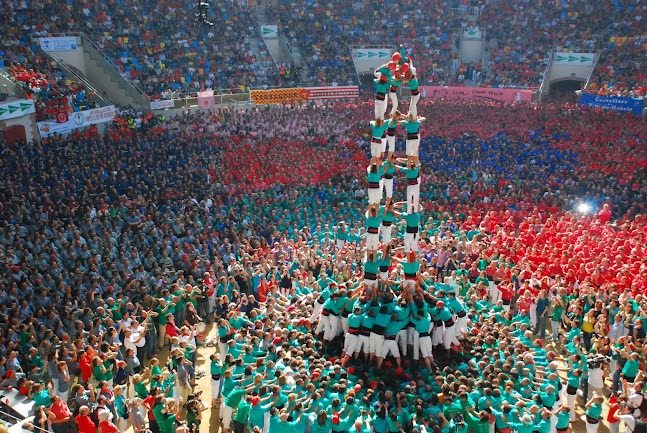 In the first week of September, the city of Algemesi holds its largest festival of the year--Fiesta de la Virgin de la Salud (the Party of the Virgin of Good Health).

What makes this festival unique, however, is the closing event. The Human Pyramid Festival is held on September 8th and is a very impressive sight.

The tradition of human towers, or “castalleras” is very long and important in this region of Spain. It dates back as far as the 18th Century.

Let’s Throw Some Stuff Around!

The Tomatina (mentioned before) is probably one of the most world-famous throwing festivals ever. However, tomatoes aren’t the only thing that gets thrown around in Spain. There is a decent-sized list, actually, of different throwing parties that take place year-round. Below, you’ll find a few of the most notably weird things that get turned into projectiles in Spain. 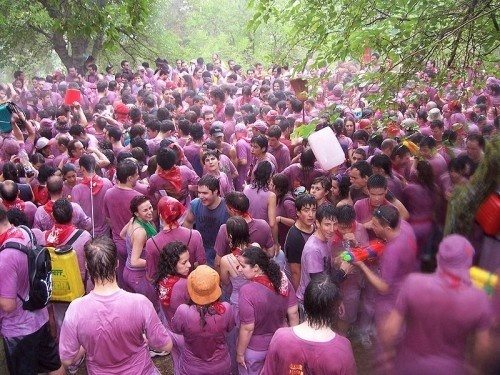 La Rioja is known for wine. So, it would only make sense that in this northern Spanish region, the celebrations and festivities include a fair deal of the delicious red liquid.

The madness truly ensues during the fiestas de San Pedro (Saint Peter Festival) on the morning of June 29th. This is when locals and tourists alike climb to the top of a mountain and throw wine at each other. That’s right--they throw wine at each other! The end result is a mass of purple colored people and a very fun-filled, interesting, and messy celebration. 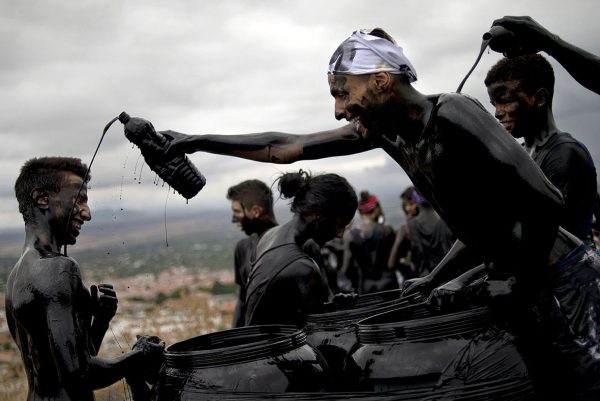 Of all of the celebrations held in Spain, this is most likely the messiest of all. The Cascamorras happens in September and involves the throwing of oil! Not the yummy olive oil that is so often associated with Spain either. It’s a thick, black, sticky oil.

The history for this celebration dates back over 500 years and includes a rivalry between Baza and the neighboring town of Gaudix.

Long story short, a statue was found between the two cities. Both groups wanted to lay claim to it, so the town of Baza agreed that if the people of Gaudix could reach the statue without getting dirty, they could have it. Needless to say, eggs, oil, and anything messy were pelted at them to prevent them from attaining their goal.

The tradition still continues with people from both towns participating. The people of Baza lie in wait while those from Gaudix navigate their way to “rescue the statue.” 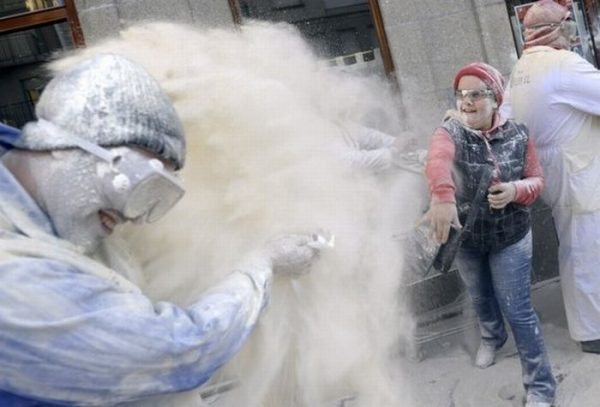 If tomatoes, wine, and oil aren't weird enough for you, why not attend the ant throwing festival in Spain’s northwestern region known as Galicia.

These aren’t cute little, friendly ants either. They’re biting ants! Mixed in with flour and with just enough vinegar to really make sure they’re good and mad, these little critters get tossed about each year during the festivals in Laza, Spain.

This isn’t the only strange aspect of this particular festival. The Entroida (Carnival celebration in Laza) consists of everything from ants to fire, men dressed in lingerie, and a man with a cow’s head running through the streets trying to lift up women’s skirts. If that’s not an overwhelming amount of weird, I don’t know what is!

If you don’t believe me, you can check out this link for more information on this very strange festival.

Spain is a wonderful country and there is no shortage of things to do and see from one corner of the peninsula to the next. It’s not just the beautiful sights and rich history that draw in visitors, however. If you’re looking for something weird, strange, or just down right disturbing you will certainly not be disappointed!

Can you think of any other notable places or celebrations that should be added to the list? Have you attended any of the ones listed above? What did you think? Share in the comments! 🙂

When heading off to a Spanish-speaking location, don't forget to grab your copy of this Spanish Phrasebook.