Best Spanish Movies to Enjoy with the Whole Family

Best Spanish Movies to Enjoy with the Whole Family 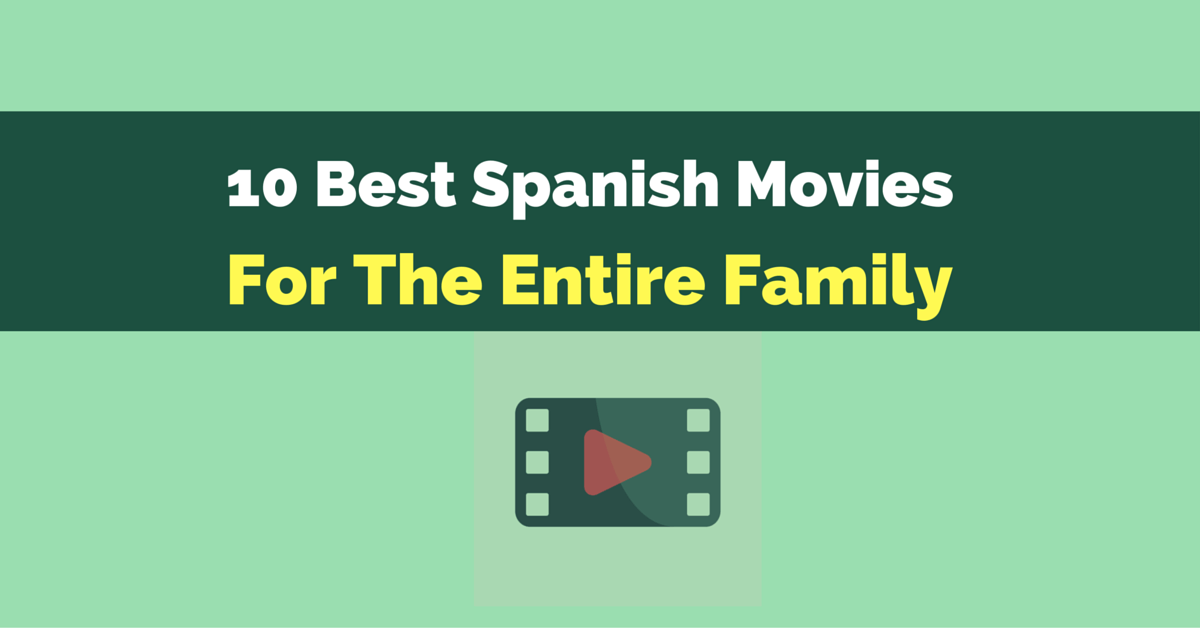 You know what’s a fun way to brush up on your Spanish? Watching movies.

Movies are wonderful for improving both your listening comprehension and vocabulary. While there are tons of great Spanish movies out there, not all of them are appropriate for little ears or for sitting down to watch with older folks.

Want to share your Spanish-learning experience with your entire family? Read on for some of the best family-friendly Spanish movies.

Everyone loves a good cartoon from time to time. They’re sweet, innocent, and being that their target audience is little kids, the language isn’t usually very difficult or hard to follow. Here are some you’d thoroughly enjoy. 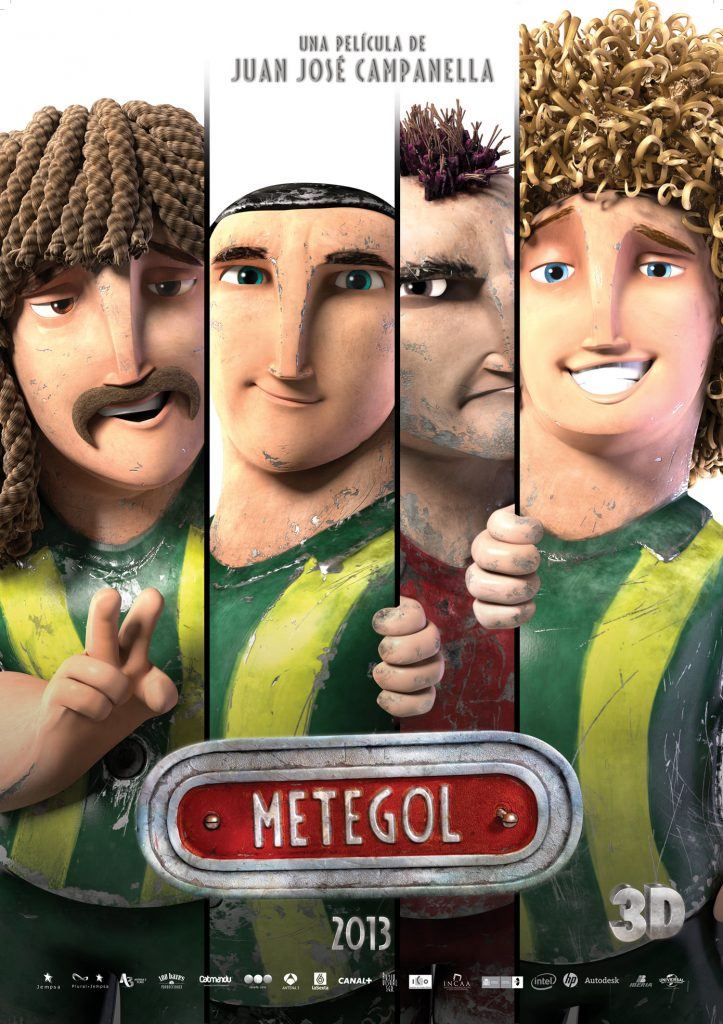 This 3D animated, Argentine film is a story about never giving up, and learning to fight for what matters to you.

When Amadeo finds his life falling apart around him, losing the bar he worked in, and, in turn, the foosball table where he was victorious over his long-time rival, he feels like there is nothing he can do. What he doesn’t know, however, is that the little men attached to that foosball table have something different in mind. The plastic players come to life, and help him fight to regain everything he has lost. 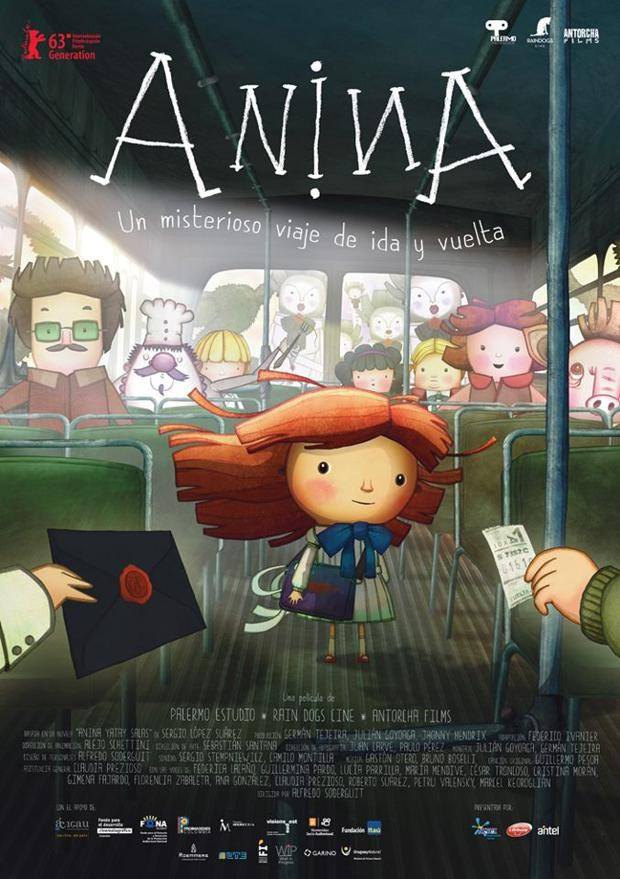 A Uruguay-Colombian film, this adorable movie is filled with bizarre situations and interesting developments. When a playground fight leads to 10 year old Anina being doled the weirdest of all punishments, she has no way of knowing what will happen.

Her journey into her punishment will take her on a wild adventure; one which even she couldn’t have prepared herself for. 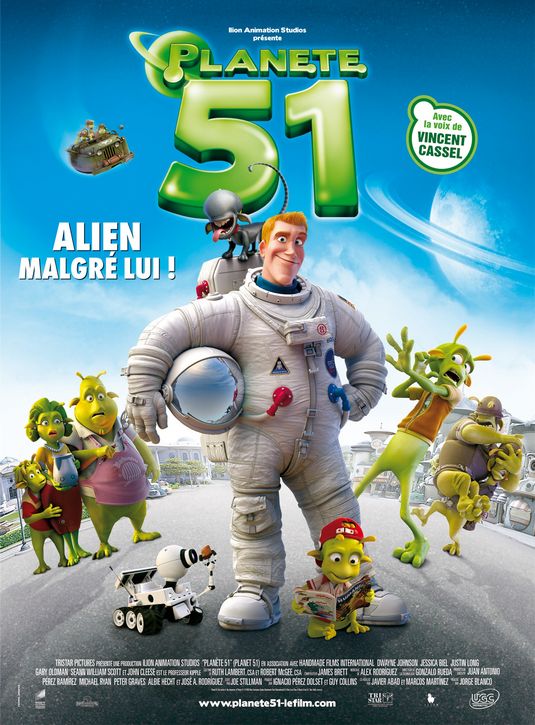 This movie is a Spanish-British-American collaboration. Although it was released in English in the US and Britain, it was also released in Spanish right around the same time. So, it won’t be hard to find a Spanish copy, or just change your DVD settings to Spanish.

It’s the story of an astronaut who finds himself on a planet that he previously thought to be uninhabited. Little did he know, there are funny looking little green people already living there in a very picturesque 1950s style society. Unfortunately, they are quite fearful of newcomers, and Captain Charles Baker has to find a way to convince him that he does, in fact, come in peace.

Cartoons are great for nights with the kids, but sometimes something a little more substantial is needed. Below you will find a list of (still kid-friendly) non-animated movies you can watch with the whole family. 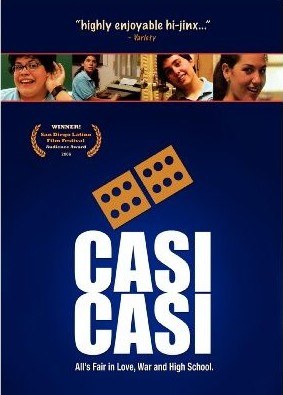 This Puerto Rican film is based around the happenings in a Catholic high school. The main character Emilio finds himself completely enthralled with the most popular girl in school. His plan to impress her by running for Student Council President quickly fails when he learns that she will be his opponent.

That leaves him only one choice–rig the election so that she is sure to win. How could anything go wrong? 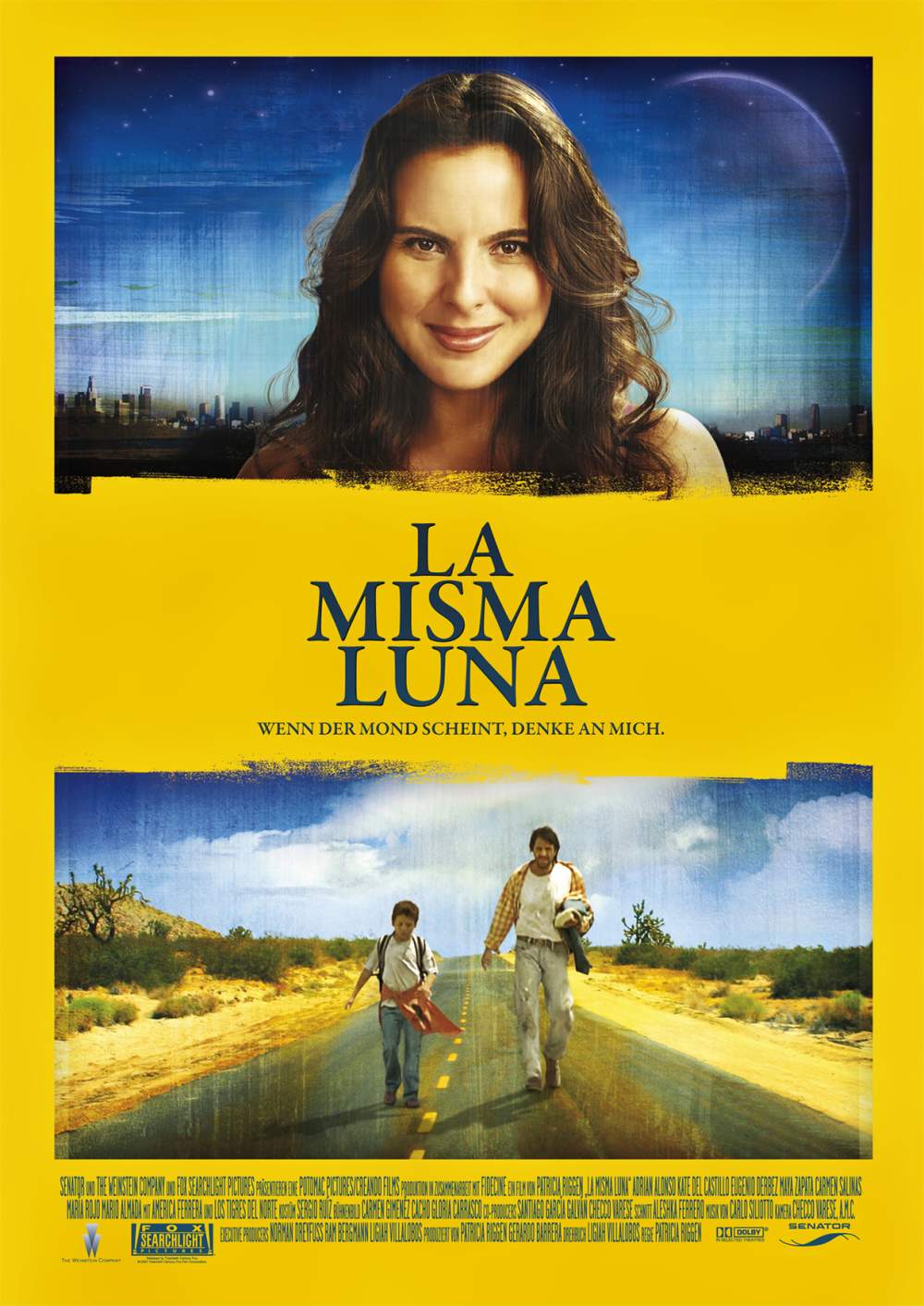 This is a Mexican-American movie that tugs at the heart strings. The plot follows Kate del Castillo, a mother, and her son Carlitos who were separated due to some circumstances–she was forced to illegally immigrate to the United States in order to work and send money back to her family in Mexico.

Carlitos, however, isn’t happy living with his aging grandmother and controlling aunt and uncle. So, at only 9 years old he embarks on a journey to cross the border in search of his mom and a better life. 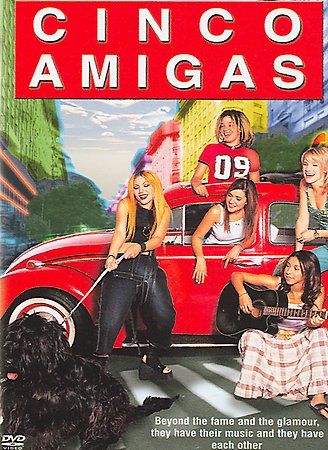 A movie about a group of friends trying to follow their dream, this film is more than just a heartwarming story. It’s also a musical!

Follow the story of five very different girls, as they try to rise to pop-music stardom. It’s not an easy road, and the “cinco amigas” will have to fight to make their dream a reality. The cast is a real-life music group who rose to fame after winning the Argentine version of American Idol. 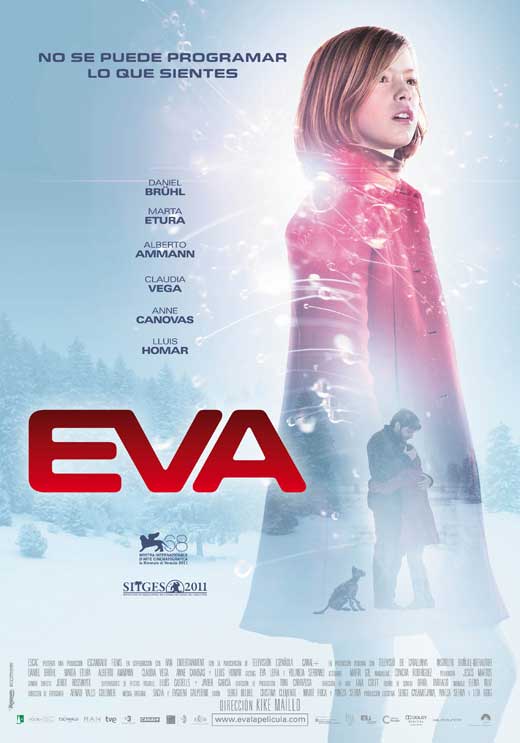 Set in the year 2041 in a time when androids and humans live side by side, this movie follows a cybernetic engineer who is tasked with the responsibility of developing the software for the first free-thinking robot.

Looking for inspiration for what personality traits to give to his new project, Alex returns to his hometown. There, he finds a lot more than he was bargaining for when he runs into his childhood love who has married his brother. Their daughter Eva seems to possess everything he’s looking for to instill in his robot child. However, his interactions with her and his family will cause him to rethink everything he thought he knew about robots and humans alike.

Another film about love and pursuing childhood dreams, this movie is a heartfelt story that follows the life of Poncho, a talented musician growing up in Colombia.

At 11 years old, his only two dreams are winning the heart of the girl who has captured his and becoming a famous vallento (accordion music that seems to have almost magical powers, deeply affecting all those who hear it) player. His dreams won’t be easy to achieve, however.

Due to the circumstances that life has given him, Poncho will have to embark on a magical journey to find the instrument which will help him fulfill his calling–to become the “angel of the accordion”. 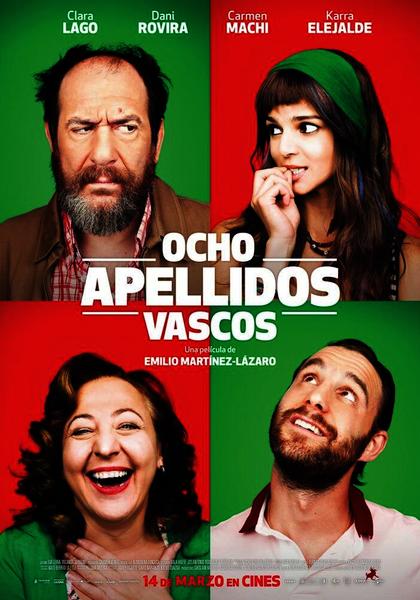 This is a hilarious film which depicts a very stereotypical side of Spanish society. The two main characters come from two very different worlds–one from The Basque Country in the north of Spain and one from Andalusia in the south. Each portrays the most commonly held stereotypes about their regions (she’s the cold, rough around the edges northern girl and he’s the loud, helpless romantic southern boy) and watching them attempt to interact is hilarity defined.

Sprinkle in a cast of off-the-wall characters, and your sides will be hurting by the time you’ve finished watching.

This is probably the most famous movie on our list. The setting is Spain in 1944–just 5 years after the end of the Civil War and the beginning of General Franco’s rise to power as dictator. The story follows Ofelia, a young girl with an obsession with fairy tales. Forced to move to an old mill with her ill, pregnant mother and her new stepfather the falangist Captain Vidal, Ofelia finds herself becoming more and more drawn into the fantasy world of the overgrown labyrinth that surrounds her new home.

The story mixes both fantasy and reality, as the young girl meets a whole slew of whimsical, fairy-tale like creatures, and not all of them are friendly. A clear representation of life in Spain immediately following the tragedy that befell the country in the years after the Civil War, this movie portrays Ofelia’s way of coping with the turmoil happening around her.

Whether you’re looking for comedy, romance, drama, or even a musical, the Spanish-speaking world has a plethora of films available for you to watch with your entire family.

Can you think of any other films you would add to the list? Have you seen any of the ones we’ve mentioned? What did you think of them? We’d love to hear your feedback in the comments section!

To better understand Spanish movies, this e-book with audio about Spanish Slang would help!