As second-language speakers, we can realistically never hope to reach perfect native level with our Spanish. We can, however, get pretty darn close! 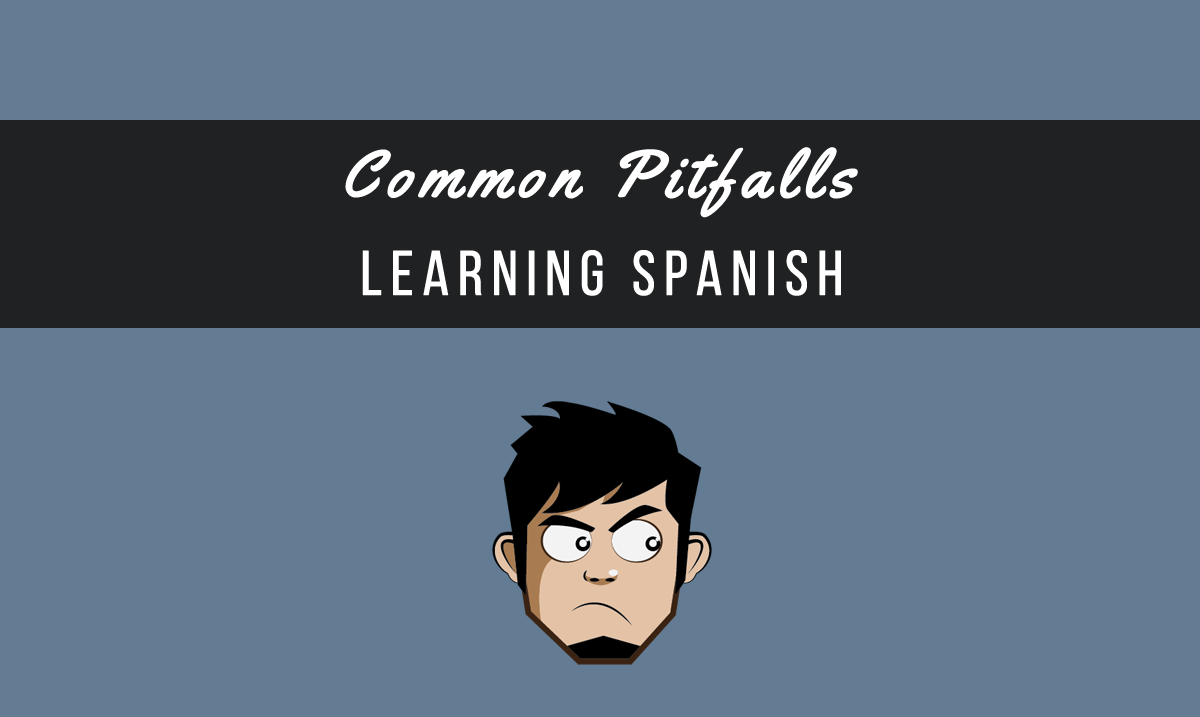 There are a few things that are always dead giveaways that mark you as an English-speaking Spanish learner. But want to take your Spanish to the next level and have native speakers take a step back and ask “Where are you from?” when you speak to them?

Well, take a look at the list below which outlines some of the most common errors made by English speakers who are learning the Spanish language. 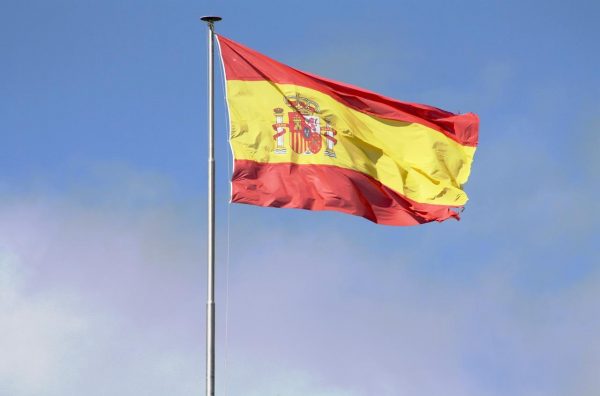 If you want to get technical, you could call this the “phonetics” section. In this section, you will get a quick introduction to some of the “nit-picky” aspects of pronunciation. But, believe me. These things will be some of the first giveaways to your non-native status that native Spanish speakers will hear when you speak to them. So, pay attention if you want to sound more like one of them!

It’s something that not everyone can do. And it takes a lot of practice to perfect it, but, this is one thing that almost every Spaniard will point out at one time or another as being something that English speakers just can’t seem to get right.

This isn’t just the “rr” in words like “perro” or “ahorrar” but also the slight trill that you’ll hear words such as “pero” or “caro.” It’s nowhere near as long and exaggerated at the “rr” you’ll find in the first two words, but it’s still different than the “r” we have in English. It’s more fluid, and rolls of the tongue a little quicker.

Don’t be so harsh with your inter-vocal consonants

When a “d” comes between two vowels, there’s a slight change in the way it’s pronounced. One of the common mistakes that English speakers make, is they continue to pronounce it as if it were the hard “d” like in “dog.”

If you listen to a native Spanish speaker, you’ll realize that when they pronounce the “d” in words like “todo” or “lado” it’s more of a soft, barely noticeable stop. Most of the time, if they’re speaking quickly, it will sound more like “to-o” with a little pause in between the two “O’s”. The tongue still shoots forward, as it would if the word were pronounced slowly and deliberately, but if the speech is fluid, the sound produced will be very faint.

The same happens with “b” and “g” in words such “caminaba” and “bodega.” In these cases, the consonant is heard a little more than the “d” mentioned above, but still not as harshly as it would be in English pronunciation, such as with words like “boat” or “goat.” 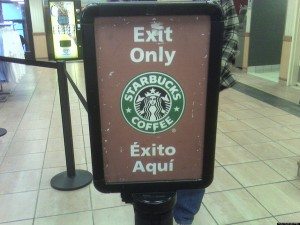 Also called “false cognates” these are words that sound very similar to words that exist in English, but they don’t, in fact, mean the same thing!

So, in case you missed that:

Actually, this one is pretty confusing too! But, “actualmente” I’m going to explain it to you so you can avoid making one very common mistake.

“Actualmente” means “currently” or “at the present time.” If you were to say something along the lines of “actualmente, no me gusta el pescado” hoping to say “Actually, I don’t like fish,” what you’re really saying is “At the current time/ at the moment, I don’t like fish.”

This may be true for you! Maybe you liked fish yesterday, but today you’re just not feeling it. That’s fine, you can say that then. But, if what you’re trying to say is “In reality, I don’t like fish” then you should say something more like “la verdad, no me gusta el pescado.”
An example of a sentence with “actualmente” being used correctly would be: “Actualmente Obama es presidente de los Estados Unidos.”

Yes! These two are very commonly confused by English speakers, so write them down, practice them, log them away in your mind, because they’re commonly used, and commonly messed up.

Éxito does not mean “exit.” So, if you’re walking around somewhere in a Spanish speaking country asking for the “éxito” don’t be surprised if people look at you funny. You’re asking them where is the “success” or “achievement.”
By the way “exit” is salida.

This is one that can lead to some very funny situations if you get it wrong. It sounds similar to the english word “embarrassed” and you may find yourself blushing red with that very feeling when you accidentally tell someone you’re pregnant.

Avergonzado/a is the word in Spanish for embarassed.

If you want to brag about your Spanish-language education, you may not want to do so by telling someone that you are very “educado.” While this isn’t a bad thing, it has nothing to do with your book-learning or Spanish skills!

Educado/a is an adjective used to describe someone with good manners. It’s like saying “he’s polite.” (Es educado.) 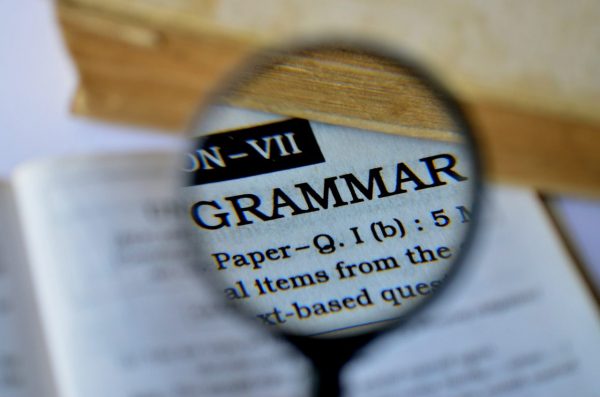 Of course we were going to have to talk about grammar---the language student’s best friend! Surprisingly enough, verb conjugations aren’t at the top of the list of things that serve as giveaways of an English-speaker learning Spanish. Below you will find the 5 most common grammatical pitfalls for Spanish language students.

This is something that’s an almost completely foreign concept in the English language. Not “gender” itself, but the idea that words have a gender.

La casa roja- the red house (the “a” denotes that the noun “casa” is feminine.)

This is something that’s hard, not only to understand, but to then put into practice, because it’s not just the nouns that have a gender. The adjectives associated with them have one too! Note the example again- “lA casA rojA”- all feminine.

If we were to say “el libro rojo” (the red book) you’ll see that the article “el” is masculine, as is the adjective “rojo.” Not keeping the gender consistent throughout a sentence is a common mistake made by English speakers.

Generally speaking, a noun that ends in “o” is masculine, and one that ends in “a” is feminine! Easy as that! But, of course, there has to be a few exceptions. Some of the most common are:

Another thing to watch out for when talking about gender is when a word both ends and begins with “a.” They are feminine words, and will take the feminine article in their plural forms, and also require the adjectives defining them to be feminine. But, in the singular, the article will be masculine: “el agua” the water, “el alma” the soul “el águila” the eagle.

So, you can say “quiero el agua fría” but if you want more than one, you’d say “quiero las aguas frías.”

This is a very commonly confused pair of verbs, both meaning “to be.” The best way to remember these is:

Ser is used with permanent things- things that won’t change, or will be very difficult to change.

Example: I am short (Soy baja- I have been short my whole life, and it’s not going to change no matter how much milk I drink!). He is handsome. She is nice. They are young, but we are old.  These are all things that are used to describe qualities that you would consider to be “permanent” about the person. They aren’t going to change--at least not any time soon!

Estar is used with temporary things.

Example: I am angry (Estoy enfadada- I’m not always angry, it’s just that right now, I am!) He is tired. We are in the store. You are very handsome today (if you want to emphasize that someone looks especially nice).

There isn’t really enough space here to go too in-depth as to the workings of the subjunctive. But, is it definitely something that English speakers struggle with on a regular basis. If you want to take your Spanish to the next level, it’s something you’ll have to become familiar with.

I paid $5 for a present for my mother. Two “for’s” in one sentence, and two different “for’s” in Spanish. Pagué $5 por un regalo para mi madre.

There are lists and shortcuts for remembering which one to use when, but the simplest and most basic way to remember them is:

“Tengo que pasar por el parque en el camino a clase.”- I have to pass through the park on my way to class.

Para is used to show finality--the end result. Again, looking back at first example “a gift FOR my mother” shows the gifts final destination-it’s overall purpose. “Voy para la casa de mi amiga.”- I’m going FOR (To- the end of the road is...) my friend’s house.

Another common use of “para” is before a verb in infinitive, and in this case it means “in order to.” Again, talking about the result of the action. “Para llegar a clase, tengo que pasar por el parque.”- In order to arrive at class, I have to pass through the park.

Using possessive adjectives when talking about the parts of the body

But it’s MY head that hurts!

This is a very common in error for English-speaking Spanish learners, and is due to the fact that in English, it’s the way it’s said! My arm, my head, his leg, her back… We always have to lay claim to body parts. Well, in Spanish you don’t have to!

This is because the construction of the sentence will almost always make it clear to the listener whose body part is being referred to. Let’s go back to the sentence at the beginning of this section.

“My head hurts.” In Spanish this would be said “me duele la cabeza.” Understanding the workings of indirect object pronouns, we see that “me duele” means that the hurting is happening to me! Someone else’s head isn’t going to hurt me, only mine. So there’s absolutely no need to repeat myself by saying “To me my head hurts.”

In place of the possessive adjective, in Spanish you simply use the definite article. “Le duele el estomago”- His stomach hurts. “¡Lávate las manos!”- Wash your hands!

This article is meant to serve as a quick guide to what common pitfalls to be on the lookout for as an English-speaking student of Spanish. There will always be ways in which we give ourselves away, but making it a little more difficult for native Spanish speakers to tell is definitely a great feeling!

These things don’t happen overnight. They take a long time, a lot of studying, continuously making the same mistakes, and never giving up. Hopefully this article will help you be more conscious of these very typical errors, and also give you some encouragement in knowing that you’re not alone in committing them--it comes with being an English speaker.