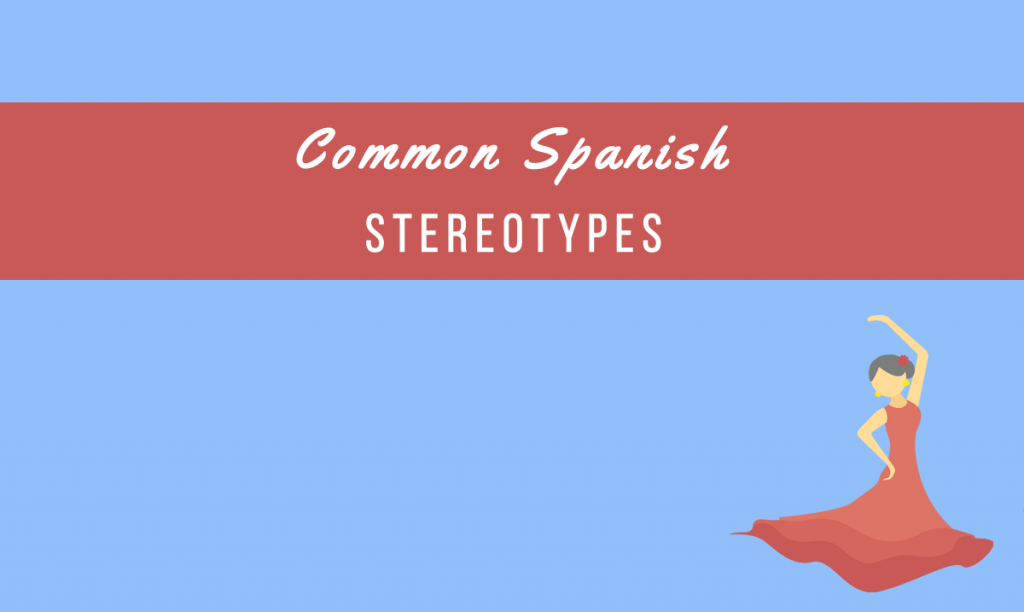 Every culture has stereotypes linked to it: Americans are fat; the Irish love to drink; Mexicans are lazy. While some of these conceptions are based loosely on real aspects of the different cultures they define, it doesn’t mean that they are completely, without a doubt, 100% true 100% of the time.

So, what do people say about Spain? Spaniards are obsessed with bulls, fiesta, siesta, sangria, and paella. Just like the beliefs that Russians bleed vodka and the Scottish are always angry are pretty far off from the truth, so are these widely held conceptions of Spaniards.
So, let’s look at some of the more well-known Spanish stereotypes, where they come from, as well as which ones are true, false, and somewhere in between.

1. Spaniards are lazy and need a “siesta” in the middle of the day.

Of course we had to start with probably one of the most well-known and highly believed stereotypes about Spaniards–the “siesta”!

While it’s true that the “siesta” is still observed in a lot of cities around the country, this doesn’t mean that it’s practiced. Let me explain. Yes, from about 2:00-4:30pm a lot of the local shops, stores, etc. close down and people go home to have lunch. But, No, they don’t actually take a nap! This is something that usually only older people or really little kids do.

Generally speaking, if a person is lucky enough to be able to go home during this time (since not ALL shops, stores, etc. actually close) they are usually eating, or relaxing with their family. But don’t think that they’re going home in the middle of the day to sleep for two hours. That’s just silly.

Also, it’s good to note that in larger cities (Madrid, Barcelona, etc.) a lot of places don’t close for “siesta”. And even in the smaller towns, the larger chain stores will stay open the entire day. 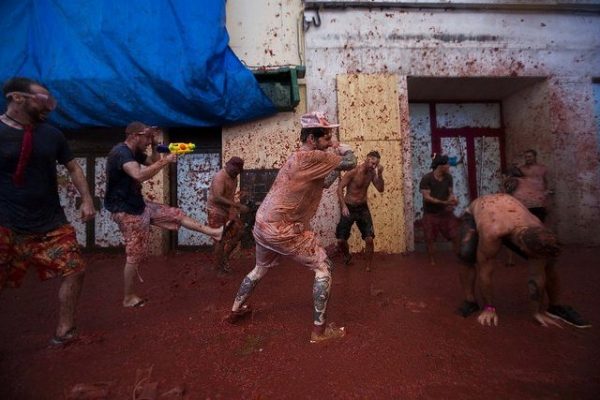 This is one of those that is partially true and partially false. It’s definitely true that if any group of people knows how to have a good time, it’s the Spanish! But, the idea that many people have that every Spanish person spends their weekends bouncing from club to club, or dancing in the streets at festivals like the “Tomatina” or “San Fermín” is simply not true.

Depending on the time of year, you will see a lot of partying going on all around the country. “Semana Santa” (Holy Week) is a big one, as well as Carnival. In addition, each city will usually have its own local festival, which lasts about a week, and involves a lot of fun, cultural activities, live music, yummy food, and yes, a lot of “fiesta” takes place as well. But, aside from that, the rest of the year, it’s pretty “down to business” just like it is everywhere else. 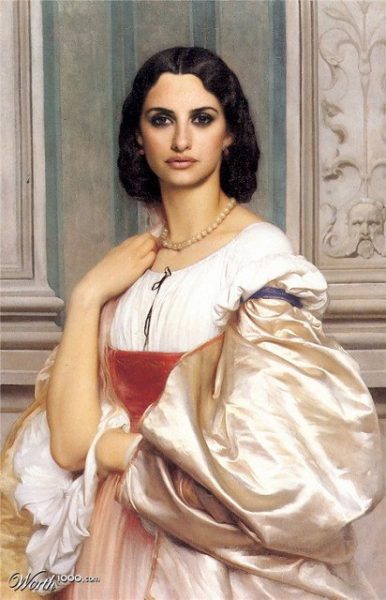 No, not all Spanish people have dark hair, olive skin, and dark eyes. The variety of appearance in Spain is pretty huge. You will see everything from a redhead to a blond, with everything in between. The pasty people that turn a slight shade of red all summer long, to the lucky few that have the dark skin that turns a lovely tan color after being in the sun for only 20 minutes.

There may be a higher number of brunettes walking around, but that doesn’t mean that that’s the only thing you’ll see! So, we’ll go ahead and assume that this stereotype is false.

4. Everyone in Spain knows how to dance Flamenco! 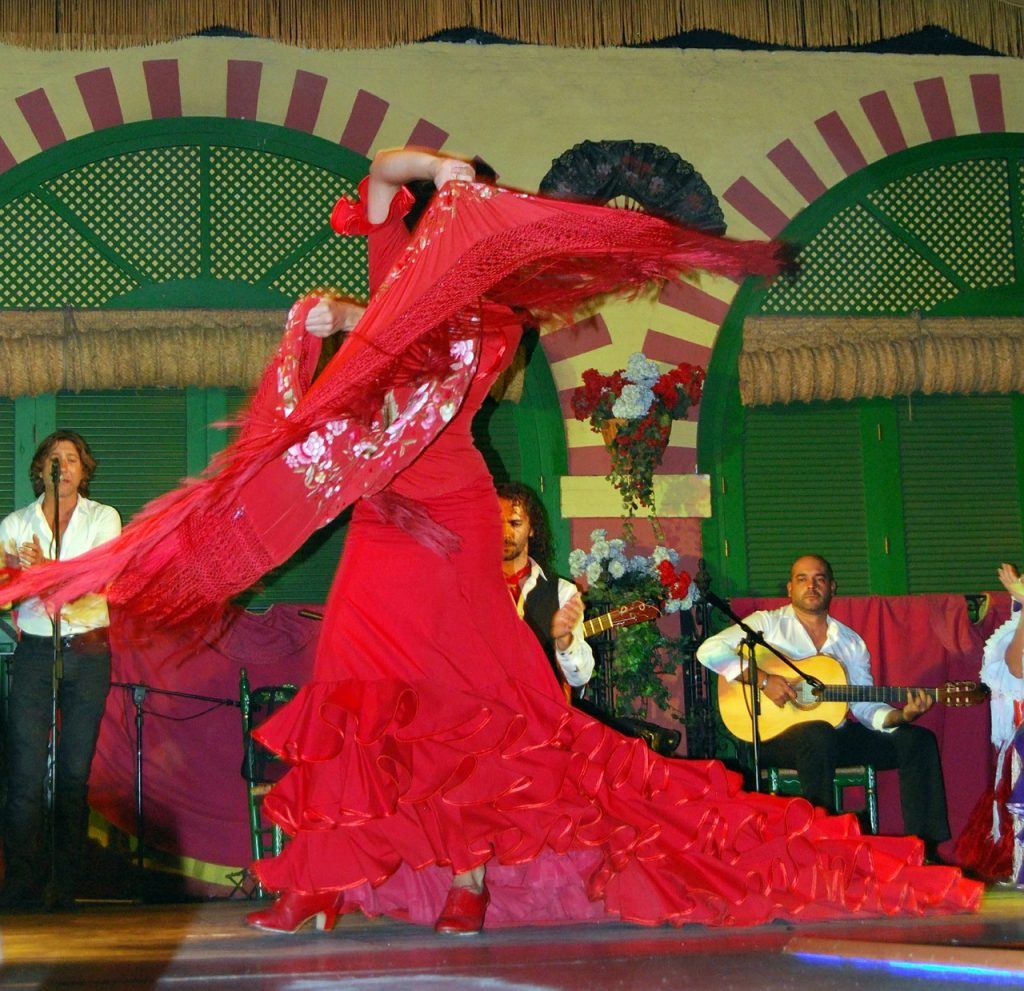 No! No! No! This is one that couldn’t be more false. Flamenco is a regional dance. That’s right. REGIONAL.

The region it comes from also happens to be the one that most people assume all of the country is like when they think of Spain–Andalusia. It’s in the south, and that’s where you’ll find the stereotypical sunny days, sandy beaches, and yes, flamenco dancers.

In other regions, they have their own dances. The Jota in Áragon is danced in pairs, and they do have the typical castanets associated commonly with Spanish-style dances. The Sardana in Catalonia involves a larger group, usually several couples, joining hands and dancing in a circle. And the Muñeira in Galicia and Asturias holds to the two regions’ deep Celtic roots–the music being provided by bagpipes.

5. Bullfights are a national pastime. 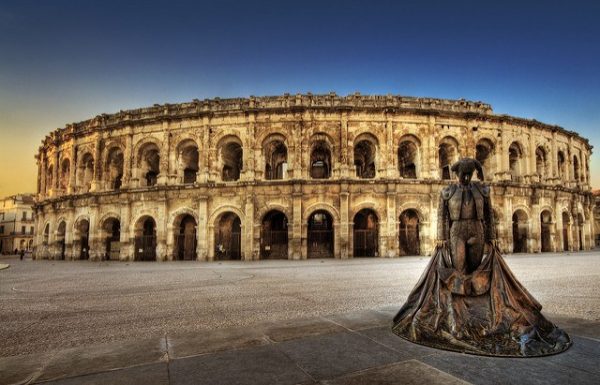 This one, again, is not true–at all! In fact, the country’s most symbolic sport has been under fire a lot recently, from the Spanish people themselves. It’s already been outlawed in Catalonia (in case you didn’t know that’s where Barcelona, one of the most well-known Spanish cities, is located).

Yes, during the local festivals, which were mentioned early in this post, throughout much of the country there are the “corridas de toros” (bullfights). But other than that, it’s not very common to hear of one going on.

It’s not like basketball or football where there are matches every week and the stands are packed with eager spectators cheering on their favorite “matador” (bullfighter). For most of the year, the bull ring (if the city does, in fact, have one, since a lot of them don’t) is used for other things, such as concerts or other major events.

6. The Spanish people eat either a lot of Paella or tacos and beans. 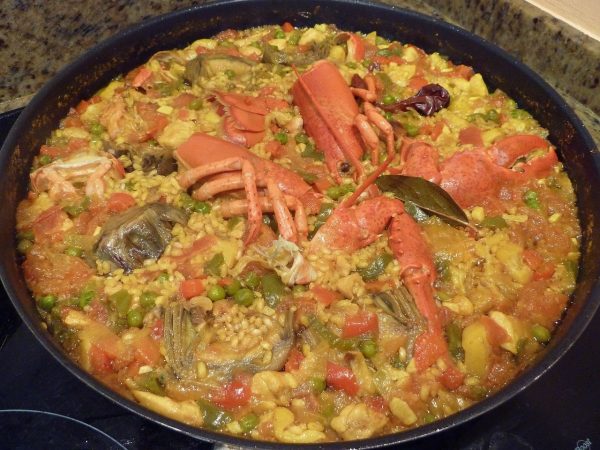 This is something really funny, actually. It seems like everyone knows of the famous, traditional, Spanish rice dish Paella. But, at the same time, they assume that if people in Spain aren’t eating that, they’re eating the meals one would usually associate with Mexico or other Latin American countries.

Let’s break this down and look at it piece by piece, starting with Paella. Yes, paella is from Spain, so we’re on the right track there. But, it’s not a national dish. Like Flamenco dancing, it’s regional. Technically, paella comes from Valencia, a region in the south-eastern part of the country, right below Catalonia, and bordering the Mediterranean.

You can find it all around the country, but that doesn’t mean it’s the dish associated with each region, just that the hype has caught on, and to draw in tourists they’ll offer it at different restaurants.

Each region will also have it’s own special cuisine, like it has its own special dance. In Galicia the “pulpo” (octopus) is very famous, and very delicious. In Castilla y León, they’re known for their pork. You’ll find (most famously in Segovia) a dish known as “cochinillo” (roasted suckling pig) that literally melts in your mouth! And in Castilla la Mancha you’ll fall in love with the “Manchego” cheese.

The other commonly held belief is that the Spanish diet mirrors that of the Mexican. That’s like saying that in the USA they eat Fish and Chips, and in Britain they eat nothing but hamburgers and hotdogs. Just because two countries share the same language doesn’t mean that the links between them go much deeper than that.

Actually the word “taco” in Spain means “swear word.” Not meaning that it is a swear word, but that the word itself means “swear word.” You’ll hear a lot of mothers scolding their children, saying “Did you just use a ‘taco’?!” So be careful when you go around trying to order a “cuss word.”

7. The Spanish people are very religious. 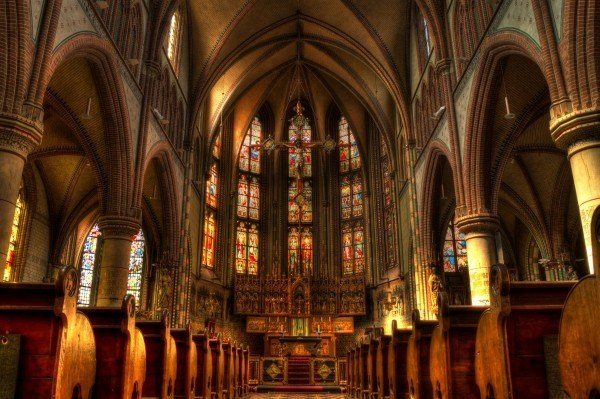 This idea probably comes from a combination of the country’s history, and the fact that from one corner of the country to the next you’ll find the entire place sprinkled with church upon church, some dating back to the 12th Century.

While it’s true that the country has a lot of churches and cathedrals, this doesn’t necessarily mean that they’re all packed to bursting at Sunday morning mass. Actually, Spain is a relatively secular country, and only a small percentage of Spaniards actually attend mass regularly.

Religion in Spain is still practiced out of custom or tradition. The “Semana Santa” is still filled with one procession after the next with an assortment of religious figures being paraded down the streets. They still actively participate in the first communions and baptisms, but this is more of a cultural element than a religious one for many. 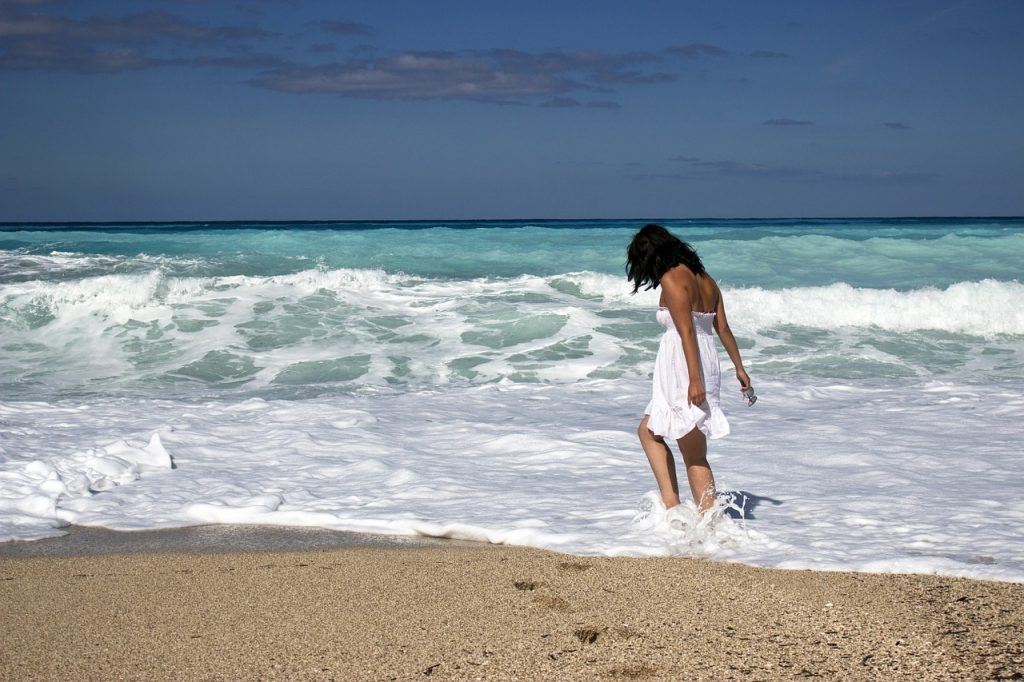 Again, we’re talking regional here. As mentioned before, a lot of the ideas that people have about Spain are most easily associated with its southern region Andalusia. Down there, you’ll get temperatures up past 40C (100F) and the sun seems to shine non-stop from early Spring until well into October.

But in other regions, this is most definitely not the case. In the north-west (Galicia and Asturias for example), you’ll have very rainy days, and mild temperatures. In the center of the country (Castilla y León or Madrid for example) you’ll even get snow in the winters! 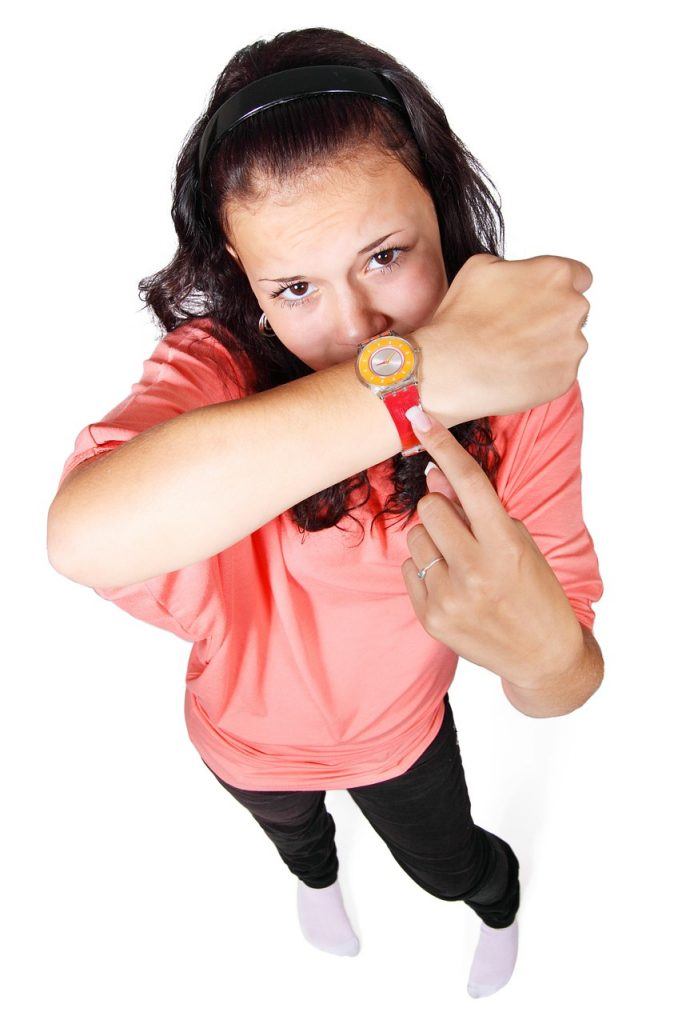 Unfortunately, it’s hard to argue with this one. The Spanish do have a reputation for showing up anywhere between 10-15 minutes late to meetings with friends, meals, or casual hang outs. It’s one of those things that if you have plans to meet at 8:00 pm, you usually leave your house at 8:00 pm.

However, for important things like business meetings and formal luncheons, punctuality is still expected and practiced. It’s really a question of what’s going on, who’s going to be there, and if you need to impress said people at said place. Between friends, there’s a little more slack, and it’s not considered rude because they’re probably thinking the same thing.

Like all stereotypes, the ideas that most people have of Spain and Spaniards are somewhat based on a morsel of truth. There are a lot of churches, and if you go to the right places at the right times, you’ll find sun, “fiesta”, bullfights, and Flamenco!

But, don’t be fooled into thinking that a country with such a rich and extensive history, a huge variety of not only landscapes and regions, but even different languages (Catalán in Catalonia, Gallego in Galicia, Euskera in Basque Country) can be lumped together as one big mass of the same food, dances, customs, and traditions.

And please please please don’t assume that because over 500 years ago Columbus sailed the ocean blue and took the Spanish language and religion to the Americas that the cultures are similar.

Spain is a country filled with a lot of different people, traditions, and rich, cultural heritage. If you want to know what it’s really like for yourself, hop on a plane and take a trip! You’ll be surprised how much you discover that you didn’t even expect!

Traveling to a Spanish-speaking destination soon? Get your copy of this Spanish Phrasebook with audio.