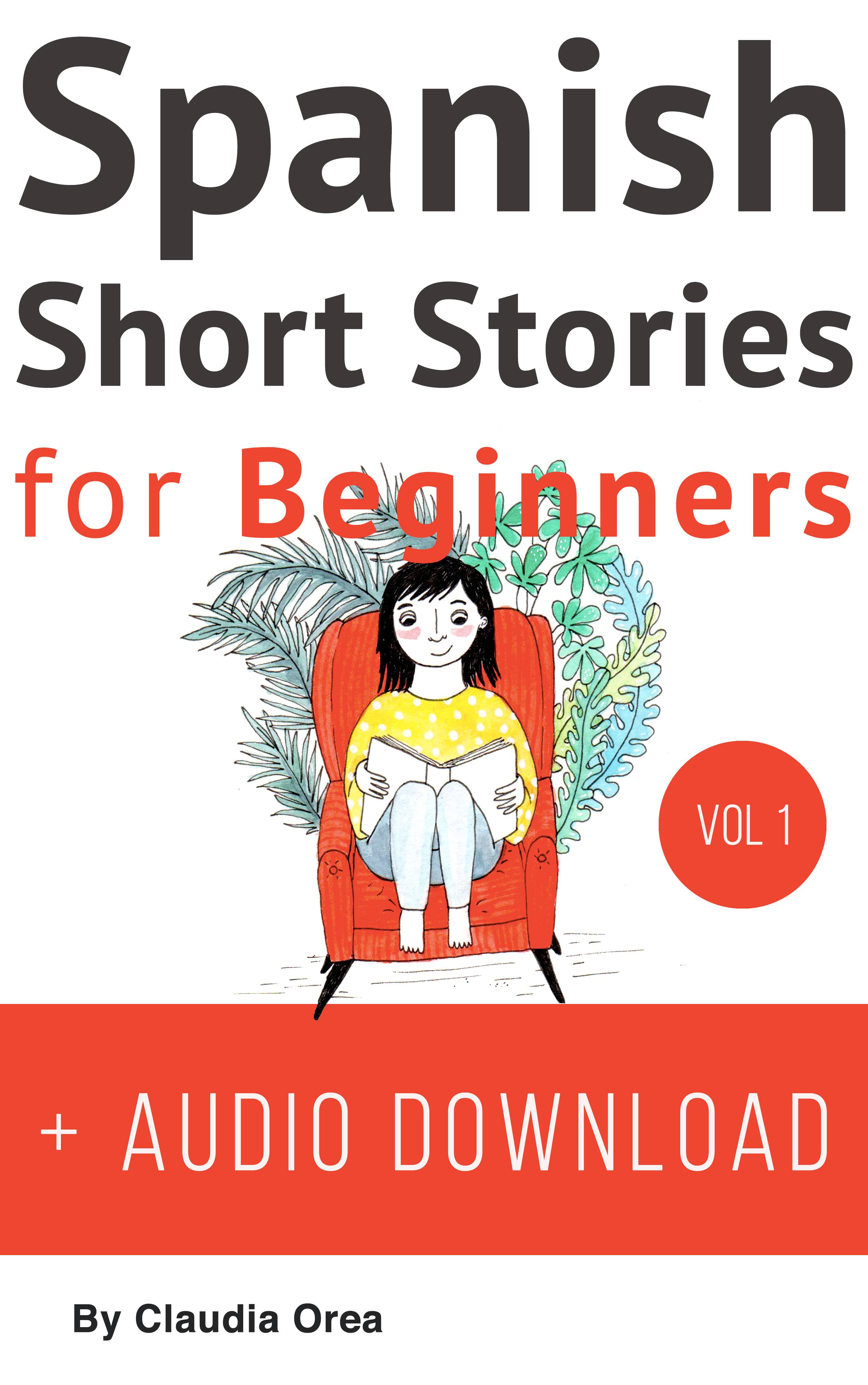 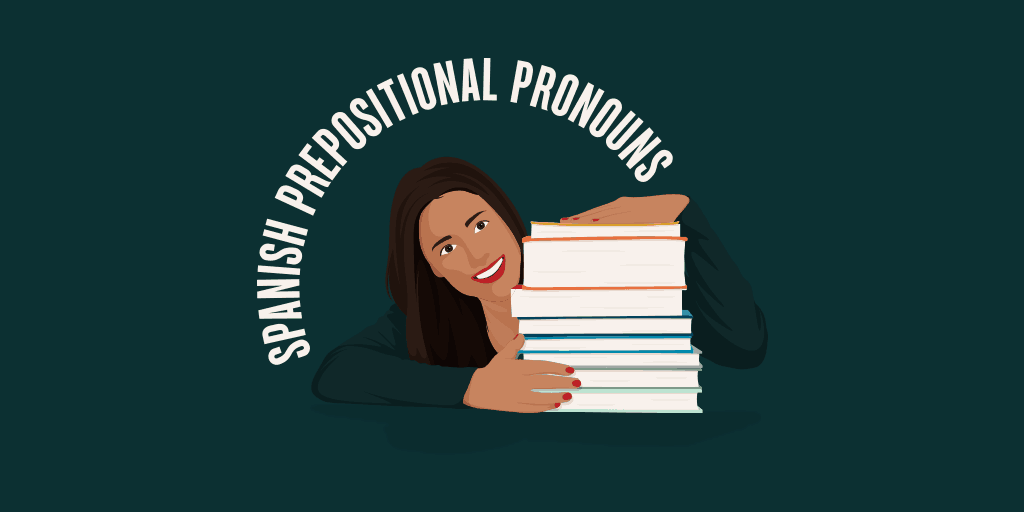 This article will teach you how to use prepositional pronouns in Spanish. We’re talking about the Spanish versions of words like ‘me,’ ‘you,’ ‘him,’ ‘her,’ ‘it,’ ‘us,’ and ‘them,’ used in specific situations.

Quick Navigation
What are prepositional pronouns?
The Spanish Prepositional Pronouns
Uses
The Ultimate Study Guide for Learning Spanish
Exceptions to the rule
Sí: a special case
Con: a special case
Let’s get quizzical!
A Complete Step-by-Step Method to Learn Spanish

What are prepositional pronouns?

To properly understand what prepositional pronouns are and what situations they’re used in, it helps to know what pronouns and prepositions are!

Pronouns are words that are used to replace nouns, e.g. ‘he,’ ‘him,’ ‘himself’ in order to save ourselves from repeating a name or other noun over and over.

Prepositions are the little words that we put before a noun (or pronoun) in order to describe the noun’s relationship with another part of the sentence, e.g. ‘on,’ ‘in,’ ‘after.’ A lot of the time, a preposition describes when something happens, or where something is, in relation to something else.

So, what’s a prepositional pronoun? It’s simply a pronoun that comes after a preposition! For example, ‘on it,’ ‘in them,’ ‘after her.’

The great thing about Spanish prepositional pronouns is that most of them are the same as the normal subject pronouns. It’s mainly just mí, ti, and sí that are different (as highlighted in the table below).

It’s important to note the spellings of these words. Both mí and sí have an accent, but ti does not. This is something that people (even natives) commonly get wrong, so if you get it right, you’ll look pretty great.

Let’s look at some examples of these words in context. The pronoun is in bold, and comes right after the preposition.

As we’ve seen in the examples above, prepositional pronouns can be vital for making our sentences make sense.

There’s also a way to use them that’s optional, but super useful, as it helps avoid confusion and ambiguity in sentences!

We can have a sentence with an object pronoun (in this case, les, the people receiving the money):

But the problem with this is knowing who the object pronoun (les) is actually referring to. As illustrated in this article, les can refer to ‘them’ (masculine), ‘them’ (feminine), or ‘you’ (formal plural). So, who did we give the money to?! 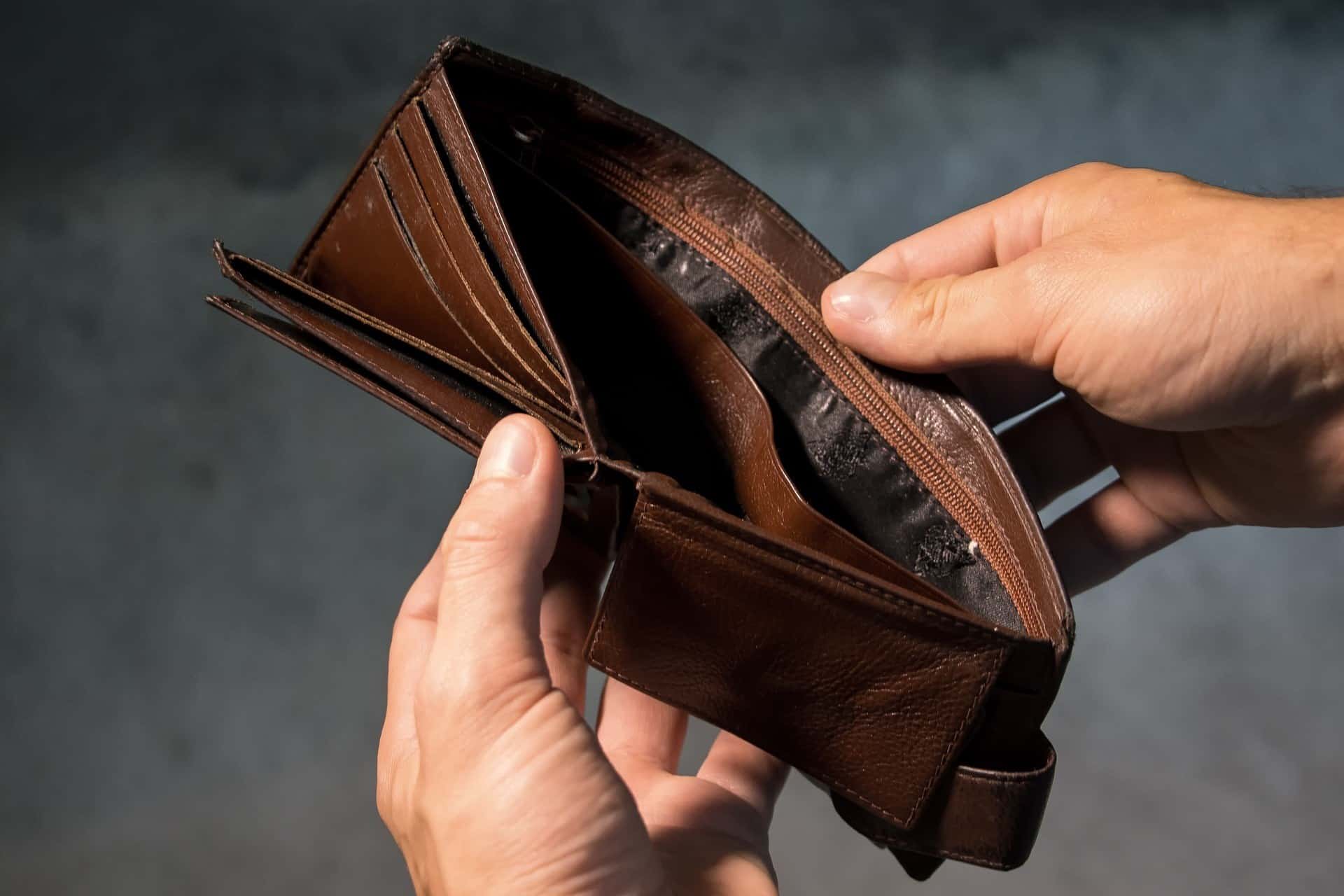 Once we choose one of these, we’ll know for sure where the money went!

Another, similar, way to use prepositional pronouns is to add emphasis to the object.

Exceptions to the rule

There are some prepositions that don’t require the prepositional pronoun forms. For some reason, they’ve decided to just stick with the usual yo and tú instead of the mí and ti forms. There aren’t too many to learn:

As we saw in the examples at the top of the article, sí can be used with reflexive verbs, to emphasize that the person is doing the action to themselves. To make this work, we combine it with the word mismo.

There is another special case, which is with the preposition con. Instead of con mí or con ti or con sí, we normally use these special words: conmigo, contigo, consigo.

For each of the following sentences, choose the correct prepositional pronoun:

5. Todos aprobaron el examen salvo _. (Everyone passed the exam except me.)

Great work with this one! Hopefully you now have a better understanding of what prepositional pronouns are in Spanish (and in English, if you’ve never been taught about them!) and can start using them with more confidence.