11 Best Spanish Comics for All Levels 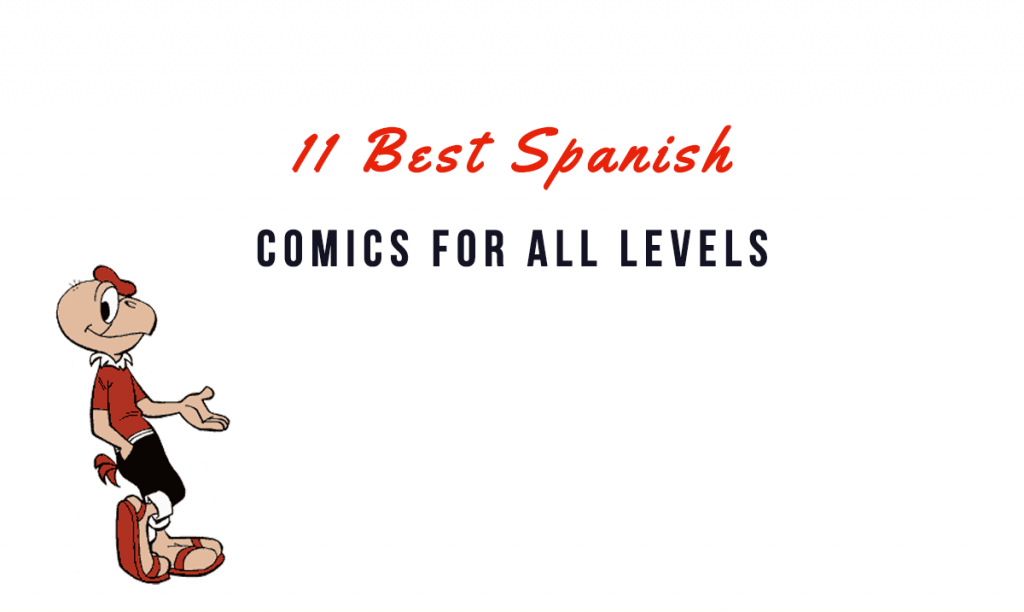 Sometimes language learning can become a little monotonous. Why not switch things up a little by trying a new approach?

Reading comics is a great way to still get exposure to the language, while getting in a few laughs along the way. Read on for a list of eleven of the best Spanish-language comics around. 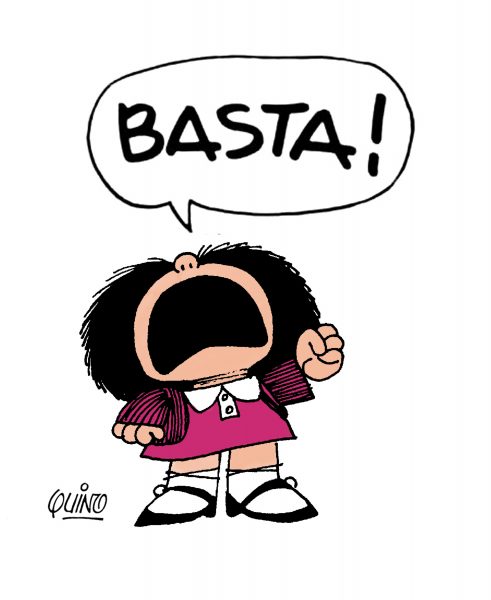 The story follows 5-year old Mafalda. She’s a spunky, boisterous young girl whose life reflects very well the Argentine middle class. Mafalda is an outspoken, curious child who constantly puzzles her parents with her usually inappropriate questions. Her attitude problems combined with her innocent nature make for the perfect combination of the adorable trouble-maker. 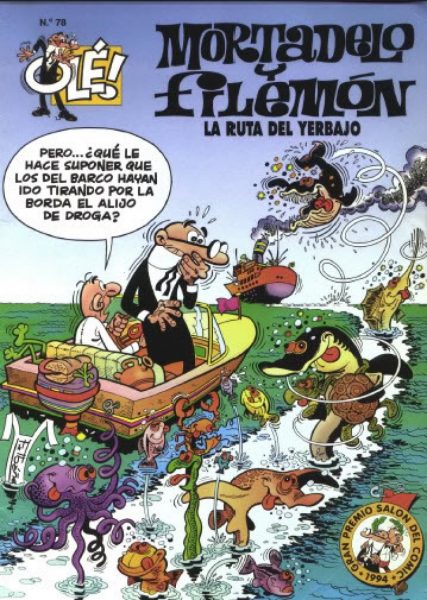 This historic Spanish comic has been in existence since 1958. It has been published in over 12 countries, and consists of over 200 issues. The comic follows two, not so bright, detectives (later secret investigators) as they fumble their way through their job–almost never being successful in anything they do.

The story is filled with tons of slapstick humor being that the two protagonists are constantly finding themselves in sticky situations.

This comic was created by the same mind that brought the previous entry on our list into existence–Francisco Ibáñez. While this work isn’t as popular as his other (Mortadelo y Filemón) it was still widely received.

The story is centered around an apartment building. The design takes up an entire page in the magazine, with each square of the comic representing a different room in the apartment. The “story”, then, follows the inhabitants of the building as they go about their daily lives. The images are usually unrelated to the others around them, meaning they can be read in any order. 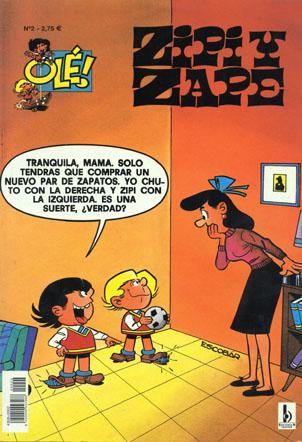 Another very famous Spanish comic, this work was second only to Mortadelo y Filemon in popularity during its peak running time. Created in 1948, the story ran until the 90s, then had a small revival in the early 2000s. The name of the comic can be translated to mean “turmoil” and it is very fitting.

The story follows a set of trouble-making, mischievous twins as they wreak havoc on those around them. 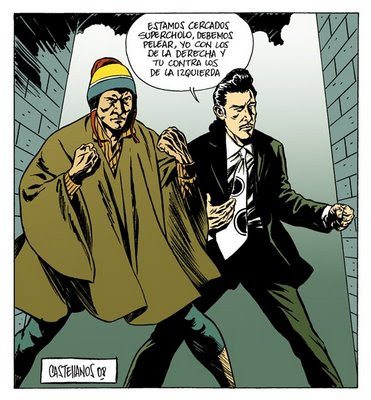 As the name suggests, this story follows the life of the “super” hero Supercholo. The plot follows the protagonist on his adventures, some of them with a science-fiction type twist. His powers are similar to those of Superman, although his dress is very different than the traditional tight-wearing superheros we have in today’s culture.

Wearing traditional Latin American garb such as a poncho and sandals, Supercholo fights evil with flair. 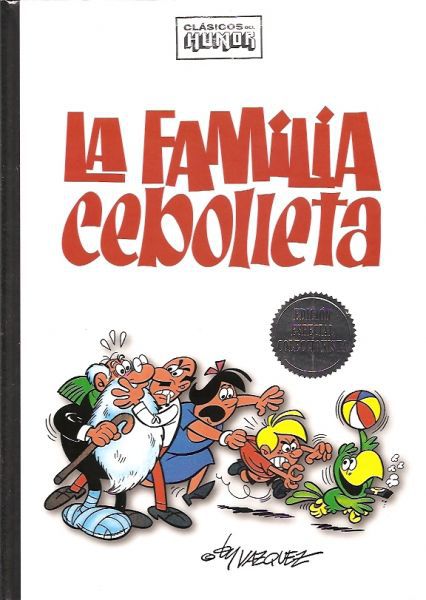 One of the most famous comics created by Manuel Vázquez Gallego, this story follows the life of a rather interesting family. Their constant misadventures and dynamic characters make for some rather comical situations.

Whether it’s the father who seems to always be in trouble, the son who is somewhat of a mischievous little trouble-maker, or the talking parrot who constantly smokes cigars, the characters all add something to the plot, and will surely draw you into their hectic lives. 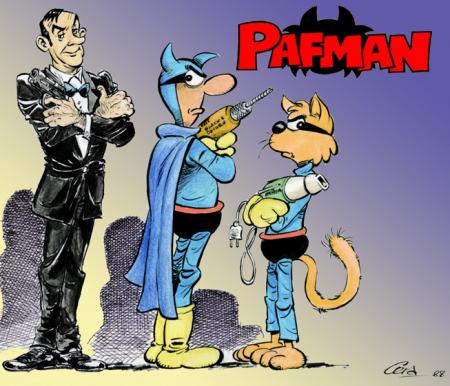 Another story that centers around the life of a superhero, this comic is filled with hilarious circumstances and disastrous situations. The main character Pafman is extremely clumsy, but he doesn’t let that stop him in his determination to rid the world of evil. His sidekick Pafcat is a talking cat and inventor.

The story is filled with constant jokes and slapstick humor. It’s one laugh after the next of hilarious adventures and non-conventional situations. 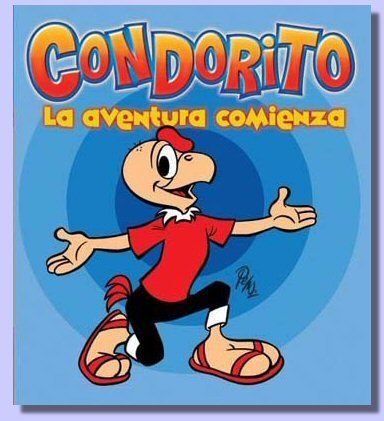 Centering around an anthropomorphized condor, this comic is filled with joke after joke. Many of them, however, tend to be a little sexist in nature. The story line follows the main character Condorito who is meant to serve as a representation for the Chilean people.

The structure of the comic is somewhat unique. Each page is a single joke, and there isn’t any continuity between the different pages. The humor is a little more mature, and something that children may not understand. 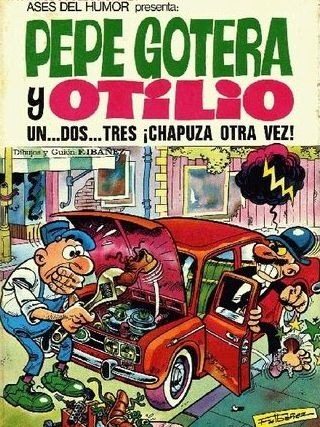 Yet another comic created by Spanish humorist Francisco Ibáñez, this story is somewhat similar to his most famous work (Mortadelo y Filemón) in the sense that it follows two employees who don’t seem to be very good at their job. This time, however, they aren’t detectives, but repairmen.

It seems like nothing ever actually gets fixed, as the two main characters Gotera and Otilio always find themselves making situations worse instead of better. 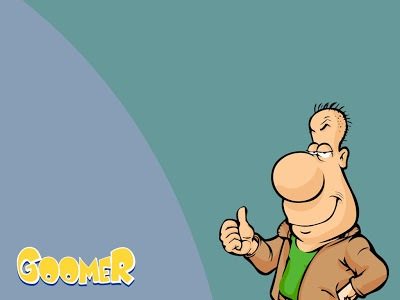 This comic doesn’t follow a superhero or a talking animal like some of the others on the list. Instead, it focuses on a Spanish Earthman who has moved to a different planet. Goomer is relatively uneducated and some sort of a liar. He is meant to represent the Spanish “picaro” (think: cheating, lying, doing-anything-to-get-by kind of person).

He finds life on his new planet to his liking, and decides to stay there, without working, and living off of the alien woman who becomes his girlfriend. The story is filled with slapstick humor and absurd, satirical-type social commentary. 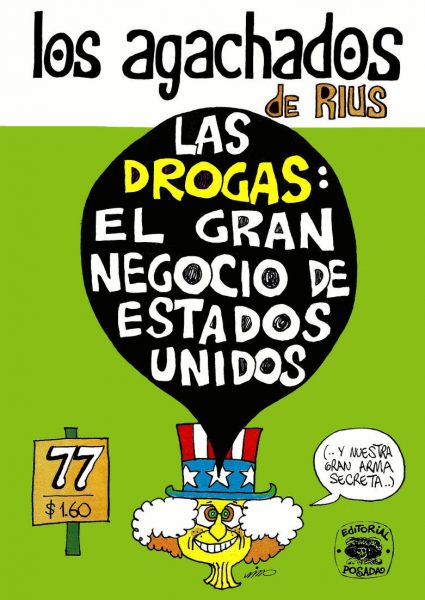 The creator of this comic, Eduardo del Río (AKA Rius) is probably the most famous political comic creator in all of Mexico. The aim of this specific work is to show the very stereotypical side of life in a Mexican village. The story is a soap-opera type—filled with drama, satire, and a very unique way of presenting the Mexican public’s point of view.

Finding fun, quick comics to read in Spanish is actually quite easy! Comics are a great option for when you want to break with the boring aspects of language learning.

What do you think? Are there any other Spanish comics that you would recommend?

If you’re in the mood for some Spanish stories with audio, this would be perfect!