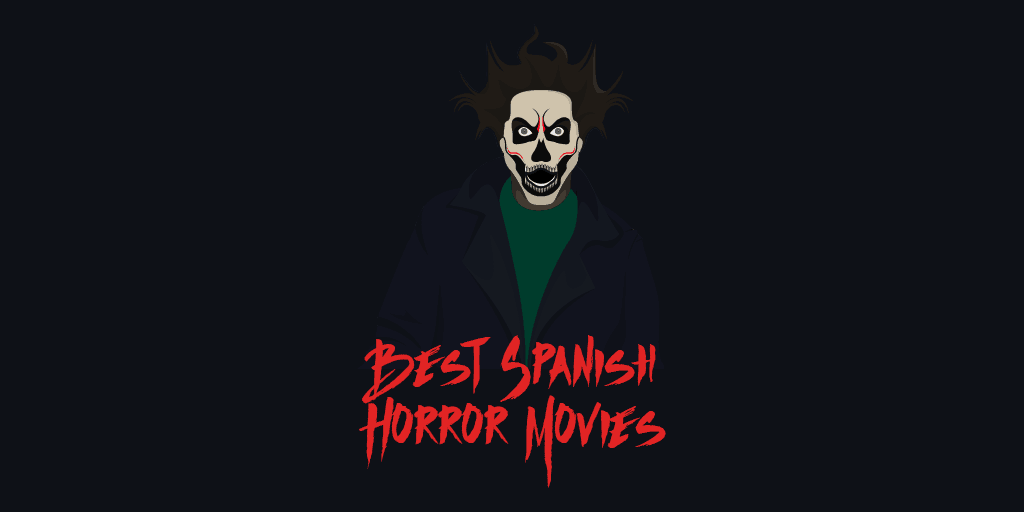 In this highly acclaimed movie, the main character Dulce was just released from jail and placed under house arrest in the same house where her husband was murdered and his son vanished 30 years ago. Did I mention she was also accused of the said crimes?

Through some supernatural occurrences, Dulce--and the viewers--will be led through a series of revelations across two timelines and ultimately discover the harrowing truth!

If you’re fond of found footage thrillers, this movie is right up your alley. When a reporter and her cameraman decided to cover the night shift of the local firemen for a television documentary, little did they know that they’d be trapped in an apartment building whose occupants have turned into zombies.

Will they survive the night? That remains to be seen.

During a trek to the caves and hills of Tijuana, Mexico, two kids failed to return home overnight. They returned the next day, seemingly safe and sound, but started exhibiting strange behavior. Their mother went to the cave where they got lost to find out the truth, but the truth is something you wouldn’t expect.

If you’re a fan of some dark humor, this horror-comedy will be perfect for you. Here you’ll find a Catholic priest, a death metal salesman, and a TV host try to find out the birthplace of the antichrist so they can kill him.

The priest had the idea of selling his soul by committing as many sins as possible (such as punching innocent bystanders, shoplifting, and many other bad behavior) to get into the devil’s “inner circle”. But will they succeed? Your turn to find out!

Laura, together with her husband, and adopted son Simón, return to the orphanage she grew up in, and plan to reopen it for disabled kids. Not too long soon, Simón tells his mother how he talks to a boy named Tomás who wears a sack mask. After an argument, Simón went missing.

Laura’s efforts to look for her missing son leads her to discover the darkest secrets of the orphanage.

Julia, who suffers from a degenerative eye disease and is slowly losing her eyesight, sets out to investigate the truth about her blind sister’s supposed suicide. She senses something sinister going on in Julia’s house and slowly uncovers the events that led to her sister’s death as she herself is going blind.

So…. Do you believe in ghosts?

It’s 1939, and the Spanish Civil War is nearing its end. Inside an orphanage, the ghost of a boy, Santi keeps repeating the warning, “Muchos de ustedes morirán” (Many of you will die). As the plot is slowly presented, we learn how something inside the walls of the orphanage could make the sinister warning a huge possibility.

Five years after the death of their daughter from a grisly  murder, Claudia receives a call from that same daughter---she’s alive! What follows is a mother’s efforts to get back her daughter from the clutches of an evil cult called--you guessed it--The Nameless.

Fans of gore will love this widely acclaimed movie about Angela, a university student, and her thesis on violence in media.

Her research leads her to uncover a series of snuff films which are apparently recordings of women being tortured and killed. With the help of a fellow student who is an aficionado of violent and pornographic videos, they uncover the killer behind all the videotapes.

In an old abandoned town located in the border between Portugal and Spain, there’s a legend that the Knights Templar (which was fictionalized for this film) rise from the dead and leave their tombs at night. Blinded by the crows who pecked their eyes when they were hanged in gallows back in the 13th century, these undead roam the land blind.

It is in the middle of this legend that three friends find themselves in. Embroiled in jealousy, one of the three jumps off the train and wanders into the ruins of the old town. The story then continues after they search for the missing friend and investigates the old legend.

When an English couple take a vacation in an island which they thought to be deserted, they didn’t expect the entire island to be populated only by grim-faced children. It turns out that these children had been murdering all the adults!

This French-Spanish movie is said to be the earliest Spanish horror film and has become a well-loved classic. It’s about a mad surgeon who tries to fix his daughter’s disfigured face using skin grafts from other women. Aided by his blind henchman, they would later on be in the crosshairs of the police.

Based on the vampire novella "Carmilla" by Joseph Sheridan Le Fanu, this story is about a newlywed couple who spend their honeymoon in the husband’s childhood home. Soon after, the wife started having disturbing dreams that involves an undead lesbian vampire who apparently wants her to kill her husband.

Will she be lured by the vampire or will she stick with her husband? Watch it to find out!

Are you a fan of zombie films? This underrated and underwatched zombie flick is perfect for an evening at home. The story begins with a cop pursuing leads in a grisly murder. The killers turn out to be zombies!

When a sadistic former Nazi officer committed suicide and became paralyzed, he didn’t expect one of his victims to seek him out and become his caretaker. What happens next is about as gruesome as what his victims (children, mostly boys) experienced in his hands!

A miserable building concierge/maintenance man named César makes it his life’s work to make everyone around him as miserable as he is.

But while the rest of the building’s inhabitants are quite easy to manipulate, the perpetually happy tenant Clara is proving to be a challenge. César becomes obsessed with ruining her life in every possible way.

This psychological horror film starring Antonio Banderas has been described as a horror story without screams or frights. Banderas is a talented surgeon who keeps a woman imprisoned--and living in constant pain-- in his luxury villa. His purpose? To test his creation--a new type of skin that could save burn victims.

Another comedy horror film on this list, this movie begins with a pawn shop heist and ends up right smack in the middle of a coven of cannibal witches! What happens next and how it happens is anybody’s guess in this wild and fun horror flick.

With their father on life support, siblings Malena and Pablo go on a road trip to learn more about their father. What starts out as a mundane trip turns eerie when they discover in their car an old journal detailing gruesome crimes.

The siblings soon visit the landmarks mentioned in the journal and discover several revelations linked to them both.

Another film on this list by renowned Mexican director Guillermo del Toro, this horror drama revolves around a scarab-shaped cronos device which, when latched into a person, gives him not only eternal life, but also a thirst for blood.

The characters in the story include an antique store owner and his orphan grand daughter, and a dying businessman who has long been looking for the cronos device.

There you go with 20 of the most frightening and unforgettable Spanish horror films. Which ones have you seen and which ones have we failed to include in this list? Don’t forget to let us know in the comments!

Want more Spanish culture articles like this? Subscribe to the My Daily Spanish newsletter and get weekly updates about Spanish language and culture!