Spanish Adverbs: An Easy Guide for Beginners | My Daily Spanish 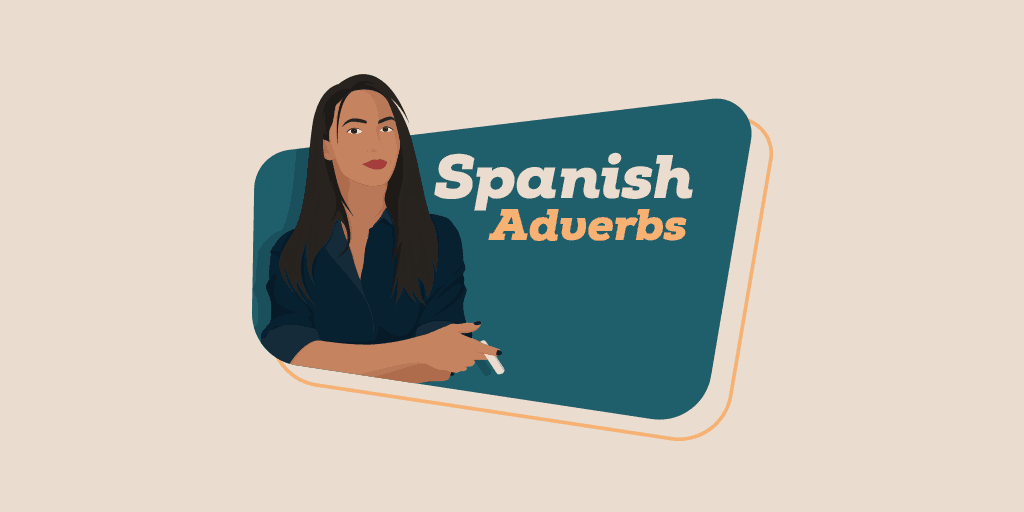 Welcome to this article where we’ll talk about how Spanish adverbs work.

What is an adverb?

When we think of adverbs, we usually think of words that modify verbs. But did you know they can actually also modify participles, adjectives, and even other adverbs?!

The general rule for forming adverbs is this:

These examples show you how it’s done.

Here are some sentences with adverbs in them:

Not all adverbs end in -mente. Two of the adverbs that you’ll use the most are bien and mal. It is possible but very very uncommon to say “buenamente” or “malamente.” Imagine it being as unnatural as a native English-speaker saying “goodly.”

Check out these sentences:

Here are some other important ones:

Sometimes, it may sound more natural to use an adverbial phrase than to add -mente to an adjective. For example, in an earlier example, we could have said:

The more Spanish you read, the more of these phrases you’ll pick up! They’re great alternatives to use when you’ve already used a lot of -mente in your writing! Here are a few more examples to get you started:

Adverbs of place tell us where something is. Think of them as modifying the verb estar.

Adverbs of time and frequency

Lots of the words we use to denote time and frequency are adverbs.

These four words are some of the most common adverbs in Spanish. They can be used to increase or reduce the intensity of something.

Here they are in context.

Top tip: to avoid using muy all the time, try a substitute. Let’s take the following sentence as an example:

The word muy here is modifying the adjective listo. It could be replaced with pretty much anything from the following list, and still make sense. It’s a case of choosing the one that fits best, without sounding over the top!

Well done for making it to the end of this lesson, whether you did it felizmente or a regañadientes! We look forward to seeing you next time!

A Quick Guide to Numbers in Spanish

A Quick Guide to Spanish Articles