The Passive Se and Impersonal Se in Spanish | My Daily Spanish 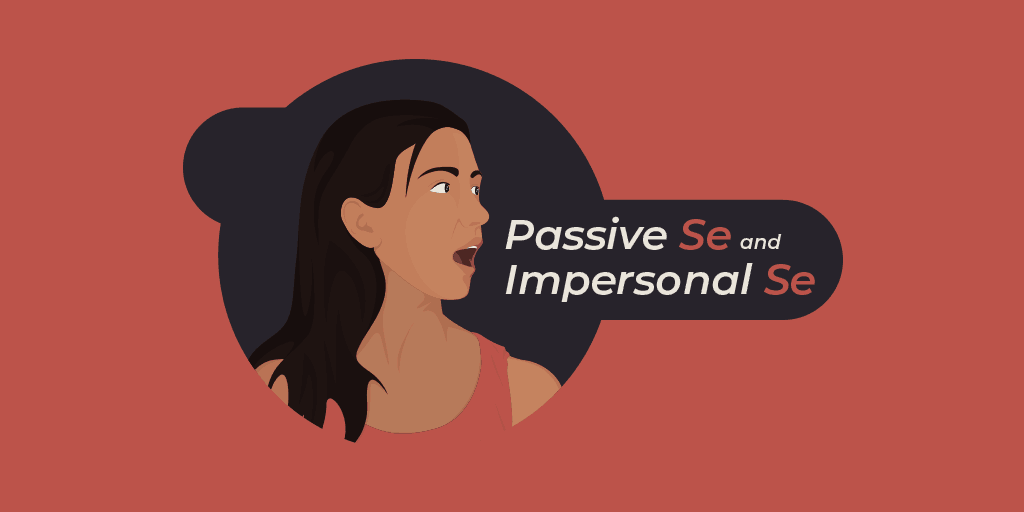 Se is used in lots of different scenarios in Spanish, for example, we see it in reflexive verbs.

In this lesson, we’ll show you three other ways to use it: Passive se, se + transitive verb + personal a, and impersonal se.

You may have heard people talk about the passive voice. It’s pretty much the opposite of the active voice. We use the passive when we want to focus on what’s being done, rather than who’s doing it.

In passive constructions, the object of a verb (the thing that’s having something done to it) becomes the subject (the main focus of the sentence). The formula is:

For example, in the following sentences, the ball (la pelota) and the documents (los documentos) go from being the object to being the subject.

We now have the option to say who did it, using the word por:

But that’s totally optional—the documents are more important than Carmen in this passive sentence.

BEWARE: overuse of this construction can seem unnatural to native speakers, so sometimes you’ll need to avoid it. That’s where this article comes in...

The first method is the passive se.

Here are the rules for using the passive se:

*This kind of exclamation is common in parents scolding their children!

Sometimes, with transitive verbs, things can get confusing. If we tried to use the passive se before a living thing, people might mistakenly think we were using a reflexive se or a reciprocal se. For example:

To help with this, a kind of hybrid of the passive se and impersonal se has developed. We use the word se, followed by a transitive verb in the third person singular form, then add the personal a and the person(s) having the action done to them:

This construction is similar to the passive se, and has pretty much the same meaning. The difference is that the verb is followed by the personal a, it’s a human (or an animal) that’s having something done to it, and it’s only ever used in the singular. It’s similar to the impersonal se (see below) in that we don’t know/care who’s doing the action. Here are the rules:

The impersonal se is used to outline things that people in general do. Here’s more detail:

We know there’s a lottt to take in here. It might help to look at the three constructions side-by-side.

Let’s try a little test. These are tricky, even for native Spanish-speakers, so just give them a go! Say whether the se used in the construction is the passive se, the se + transitive + a, or the impersonal se.

6. No me gusta esta discoteca. ¿Quién puede bailar cuando se está rodeado de borrachos? I don’t like this club. Who can dance when you’re surrounded by drunk people?

All this se stuff can get super confusing, so don’t worry if you don’t fully get it. By practicing little and often, you should start to notice the kinds of sentences where it’s used. ¡Suerte!