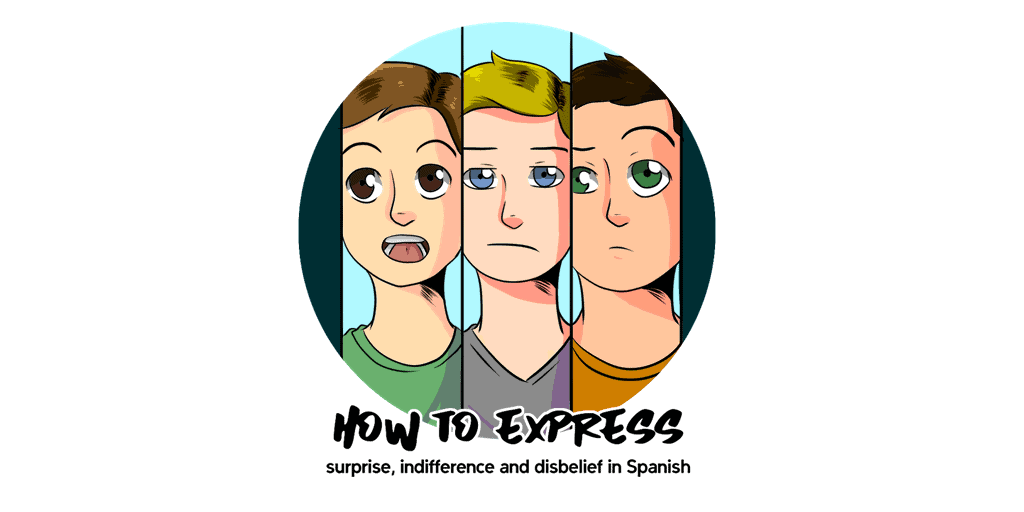 Today’s blog post is about how to express three different states in Spanish: surprise, indifference, and disbelief. We’ll be looking at them one by one!

How to Express Surprise in Spanish

There are several ways to express surprise in Spanish. One is to make use of the tone of your voice when speaking, and using exclamation points when writing.

As well as this, we’ve compiled a list of set phrases for you to use!

How to Express Indifference in Spanish

Indifference is when we just don't care. We’re not interested. We’re in a state of “meh.”

The following all mean “I could care less” (or, outside the US, “I couldn’t care less”), but have some interesting literal meanings! Check them out.

How to Express Disbelief in Spanish

Some of the ways of expressing disbelief overlap with expressing surprise. Remember your exclamation points, and the power of tone of voice!

There you have it!

We hope you’ve enjoyed this article on ways to express surprise for when you’re hit with something you weren’t expecting; indifference, for when you kind of just don’t care; and disbelief, for when something doesn’t sound plausible.

Have fun practicing with these!