Spanish Text Slang: How to LOL like a true Spaniard - My Daily Spanish

Spanish Text Slang: How to LOL like a true Spaniard 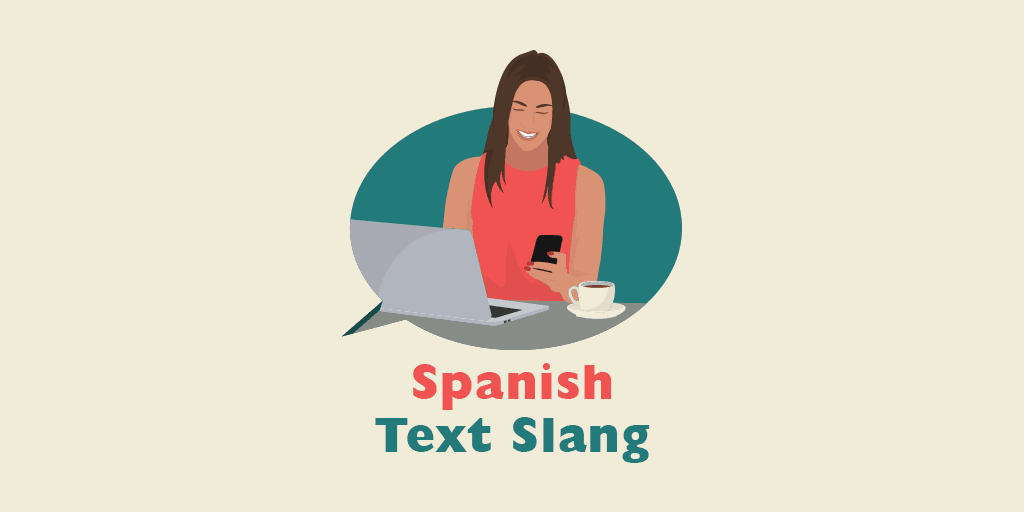 These days, it seems like every1 is using txt lingo. U c it all the time. It’s impossible 2 miss. It’s even seeped into our everyday speech: “OMG!” “LOL” “BRB.”

Texting has become more popular than phone calls to communicate. The shorthand slang that used to be like a learned second language has become as common as everyday English. The same has happened in other languages, as well. Spanish is no exception.

If you’re hoping to wow your Spanish speaking friends with some impressive Spanish texting skills (or maybe you’re just hoping to decode some of those Spanish text slang in the messages they already sent you), this post will come in handy! Read on to learn how to text like a Spanish pro.

Just like texting in English, Spanish texting has some “rules.”

You can’t (or, at least, you probably wouldn’t) text “OhMG” instead of “OMG” (Oh my God) or “2BA” for “TBA” (to be announced) even though they make perfect sense. This is because certain abbreviations or acronyms have already been cemented and patterns have already been established.

So, before we get too far ahead of ourselves, why don’t we take a moment to chat about what texting in Spanish actually looks like.

Like with English, texting in Spanish can cause some letters to disappear. This happens most commonly with: “e-” and “es-” at the beginning of words and “d” between vowels.

Apparently, some letters aren’t as cool as others and aren’t worthy of being included in the texting universe. They often get replaced. This happens come commonly with hard “c”, hard “q”, and “ch.”

This is an example of the disappearing “es” and the replacement of “ch” with “x”.

Rebus: When letters “say” their names

We do this in English a lot. For example, we might say “u” instead of writing out “you” or “r” in place or “are.” It makes texting quicker, saving the time it takes to type out all those unnecessary “extra” letters. In Spanish, we can do this with letters like “t” (“te) or “k” (“ca”).

Like letters that say their names, some number and symbols can be used to “say” what they are as well. It’s like in English when we say “2” instead of writing out “to,” “too,” or “two.” This happens all the time in Spanish.

Probably the most common form of texting lingo is the use of initials. “BRB” for “be right back” or “LOL” for “laugh out loud.” There are plenty of popular initials in Spanish texting.

Some of the most common are:

Examples: Let’s try some on for size!

Let’s pretend that you’re texting with your Spanish friends. Would you understand if you got the following text messages from them? What do they mean? What would you reply?

Here are some sample conversations using the expressions above:

Julia: ¿Qué haces? (What are you doing?)

Manuel: ¿Vienes? (Are you coming?)

Manuel: ¿Dónde estás? (Where are you?)

Hugo: A salir de casa (About to leave home)

Now that you have these texting skills, it’s time to put them to practice! Text your Spanish speaking friends, or your friends learning Spanish. Text your mom, your brother, your best friend in Spanish! They might not understand you… but at least you’ll put this new information to good use.

What do you think? Do you know of any other texting slang or abbreviations that should be included in this list? We always love to hear from you!

How to Introduce Yourself in Spanish (+ Free MP3)

A Simple Guide to Making Comparisons in Spanish