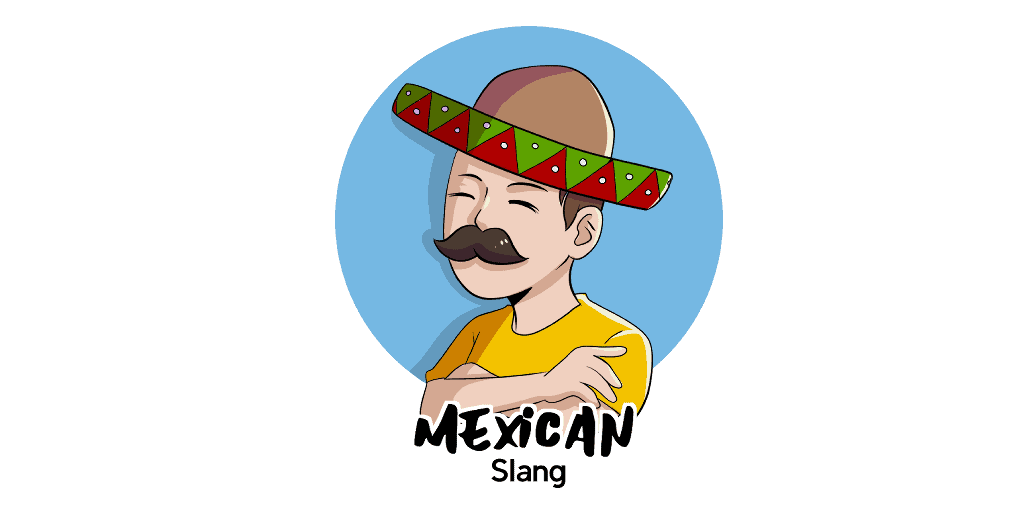 Mexican Spanish is one of the most exciting forms of the language. Travel to Mexico, and you'll soon discover the abundance of Mexican slang used in daily conversation. Literal translations of Mexican slang may be confusing on paper, but understood correctly by the locals when used in the right context.

If you want to talk Spanish like a Mexican, here are some of the Mexican slang words and phrases you should know.

When to use Mexican Slang

You may already be familiar with formal vs. informal word use when speaking Spanish. Consider Mexican slang as the most casual way to speak Spanish locally.

Many of the words and phrases are widespread and frequently used in conversation. It's best, however, to only use them when talking with peers and close friends.

Be sure to understand the appropriate context when speaking Mexican slang so that the other person understands and receives the phrase correctly. Phrases with double meanings are easily misunderstood if misused.

To truly consider yourself fluent in Mexican Spanish, start to use some slang in your conversations and surprise the locals!

There are lots of Mexican slang phrases for greetings.

The most common way to greet someone is merely saying "Buenos," as opposed to the full "Buenos dias." Also, for "good night," you'll hear many of the locals shortening it to "buen noche," as opposed to saying the entire "buenas noches."

Mexicans shorten the phrases since they're so frequently used. These words are ok to use in any situation and when talking to anyone.

Some of the more informal ways to greet friends are with phrases including:

The literal meaning of the phrases does not make sense in any language; therefore, the context is essential when using them.

They are popular for street talk and talking with close friends or family. Try to avoid using these phrases when talking to people more senior than you or strangers. While they will understand you, the expressions are very informal.

If you're using Mexican slang to greet friends, chances are the conversation will be filled with a lot of other slang words and phrases. Someone who studies Spanish without visiting Mexico may seem like an expert until arriving – a lot of meaning gets lost in translation unless you understand the context and the local slang.

Exclamatory phrases when using Mexican slang have multiple meanings and are useful in a variety of scenarios. Many of the words are also interchangeable with one another.

A popular word that has unlimited meanings is "órdale!"

You'll hear Mexicans using "órdale!" for nearly everything, both polite and impolite situations. Some of the meanings include:

In times of extreme emotion, whether good or bad, and words don't do it justice, color your vocabulary with "órdale!" and most likely, it will have an appropriate meaning!

In English, we say "cool," or "that's cool" often.  Mexicans have two phrases to say the same:

You may hear people saying "padre" more than expected, but be aware that they aren't talking about their fathers. Mexicans use the words for father, and sometimes mother, for exclamatory phrases.

You can say "que padre" for "that's cool" when talking about something or an event. You can also use "esta padre" for "it's cool," or simply "padre" for "cool," in the right context.

Some Mexicans use the phrase "poca madre" to interchange between "that's cool," or "that's bad."

One of the exclamatory slang words with a bit of history is "Aguas," which doesn't mean "waters," as the literal translation suggests.

When you hear "Aguas!" in Mexico, someone is alerting you to "be careful," or "watch out."

The phrase derives from the old days in Mexico before proper drainage systems. After washing clothes or dishes, people tossed the dirty water out the window, hence the water reference in the slang.

When you're in shock or hear surprising news, one way to react is by saying, "no manches!"

The Spanish word "manches" translates into stain or blemish, but when used in the above context, the phrase has several meanings:

Understanding some of the popular phrases that Mexicans use for slang is tricky. Translating word for word will confuse anyone, but understanding the entire phrase within the context makes perfect sense.

A few examples are:

All of these examples showcase phrases that have slang meanings that vary significantly from their literal translations.

The phrases "eso que ni que" can be used when you agree with someone. The words translate literally to "that what nor what."

The phrase "el mal del puerco" translates into "the curse of the pig." In English, the best word for translation is having the "itis," or a combined feeling of being full and sleepy after overeating.

The word "pedo" is a common slang word, as you've seen in the phrase "que pedo" to say "what's up." The word alone means "fart," but you can use the phrase "ando bien pedo" to say that you're very drunk.

The phrase "esta cañón," is most understandable for Mexican slang. The literal translation is "this canyon," while the slang used to describe situations that are rough or difficult (gives a visualization of a canyon).

Learning Mexican slang is essential for traveling to Mexico and understanding the local Spanish. Slang is a part of their daily conversations, and it's helpful to understand when someone says them to you.

See below for a complete list of Mexican slang words and phrases – we've even included a few bonus words!

Which of these slang words have you heard in Mexico? Let us know in the comments!

About the Author Bryan Shelmon

Bryan Shelmon is a travel writer, living the digital nomad lifestyle as of the past few years to immerse himself into the travel industry. Bryan has traveled to regions including the Americas, the Caribbean, Europe, and Southeast Asia. While traveling, he enjoys attending local cultural events and working on creative projects. Bryan continues to grow as a writer, achieving a #1 Best Selling travel culture guide on Amazon and exploring new regions of the world.

Previous Post Trabalenguas: Let’s Practice Some Spanish Tongue Twisters! Next Post How to Express Purpose and Reasons in Spanish