How to make calls in Spanish: Spanish Phone Call Words and Phrases 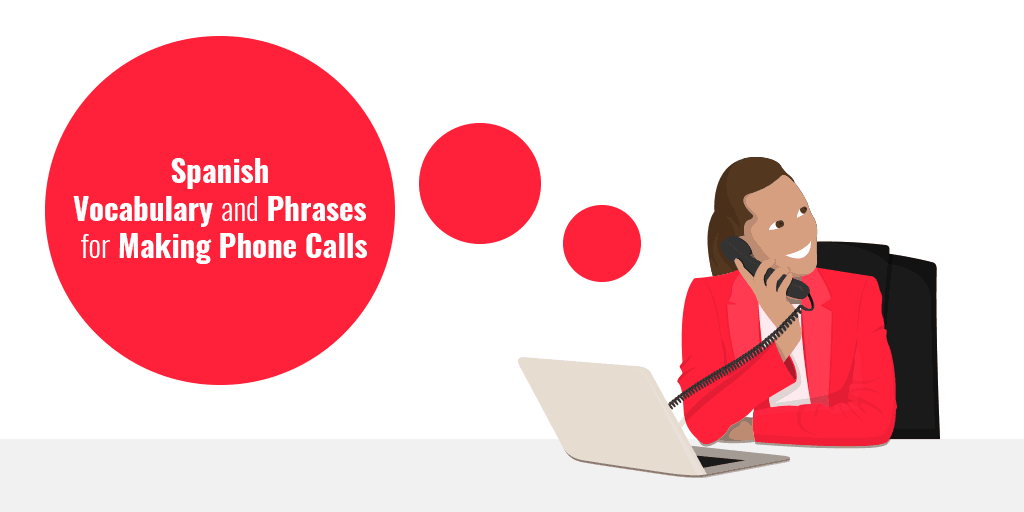 Phone calls can be unnerving to some. But you know what makes it even more difficult? Calling someone while speaking Spanish! No worries to you though. Here in this article, we’ll learn how to make phone calls in Spanish and go through some Spanish phone call vocabulary.

We've listed down some words and phrases used when making calls in Spanish.

Let's check it out!

No time to read now?

You can also download a copy of this Spanish phone call vocabulary list by clicking the button below!

How to say hello on the phone in Spanish

This is the most common way to say “hello?” when you pick up the phone.

This is considered a less formal way of answering the phone than diga.

Bueno usually means “good.” However, in Mexico, it can also be used as a telephone greeting that means the equivalent of “yes?” or “hello?”.

Actions on the phone in Spanish

For this part, let’s take a look at the different Spanish verbs used in relation to phone calls.

When you want to dial a number, the Spanish verb to use is either discar or marcar. Let’s take a look at an example.

To answer your phone, the correct Spanish verbs to use are either atender or coger.

When you plan to call back someone, you say, llamar de vuelta or devolver la llamada.

colgar / cortar – to hang up

“You hang up first.”

Ever been stuck on this loop? In Spanish it’s called colgar or cortar.

There’s a regular hanging up the phone because the call has ended, and then there’s the other kind of hanging up--the rude one. This phrase is for the latter.

Spanish Vocabulary and Phrases for Making Calls (With Examples)

Now let’s go through some words and phrases and their respective examples.

When you need to leave a message, the answering machine is your friend. Here’s how to say it in Spanish.

se cortó la llamada – the call got cut off

Don’t you just hate when this happens?

Calling an office or a company’s trunkline? You might need to key in the extension number! In Argentina it is called interno.

A cell phone is pretty much an extension of your arm these days. It’s called a teléfono celular / móvil in Spanish.

With mobile phones and the internet, there’s not as much long distance calls happening nowadays. But here’s what you call it in Spanish.

Don’t you just hate it when you thought your call was private but you’ve been placed on speakerphone? Argh!

See also: The Sweetest Spanish Terms of Endearment to Call Your Loved Ones

Once again, you can download this list on PDF by subscribing to the newsletter. You'll also get free weekly lessons and loads of other freebies.

Now for some ready phrases that you can use.

So there you have it---Spanish phone call vocabulary and phrases. We hope this article will help you make your way around phone calls in Spanish.

Want more Spanish phrases? Check out Spanish Phrasebook below! It’s got all the phrases you need to travel Spain and Latin America with confidence.