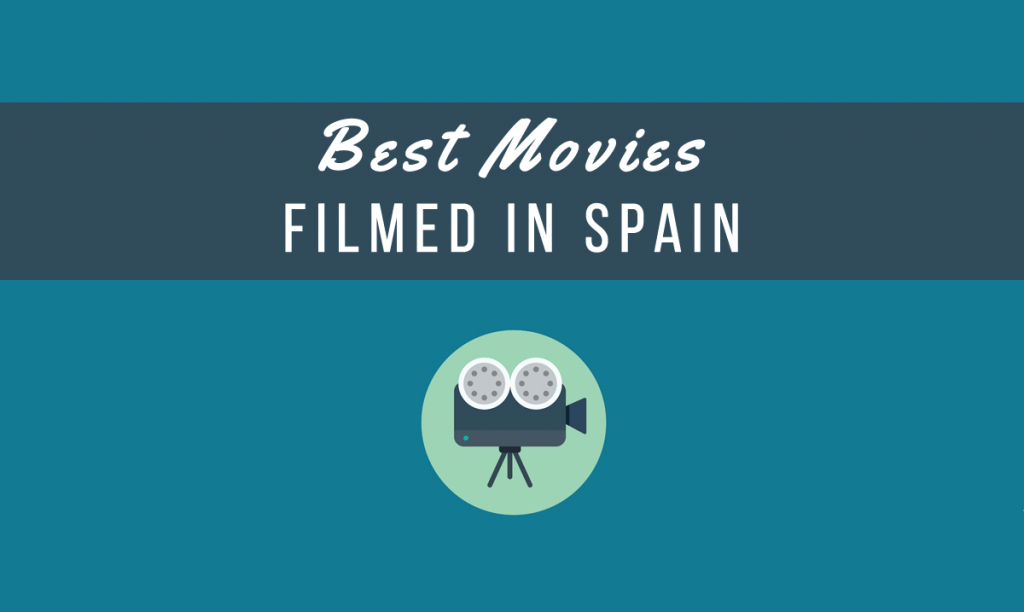 Spain has served as the backdrop to many famous films.

From the desert tank chase scene in Indiana Jones and the Last Crusade to Anakin and Padme’s casual stroll through the ornately decorated palace grounds in Star Wars: Episode II- Attack of the Clones, you would be surprised to find how often Spain has turned up in some of the most well-known motion pictures!

Read on to find a list of some of the most popular movies Spain has appeared in, with a little extra “honorable mention” at the end. 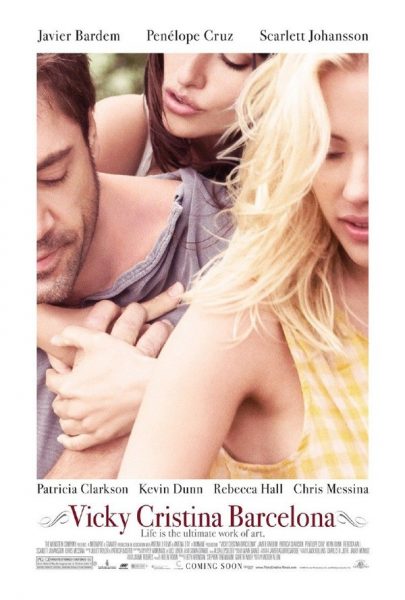 This Woody Allen Film from 2008 starring two Spaniards Penelope Cruz and Javier Bardem alongside Scarlett Johansson was shot mainly in Barcelona, as the title so aptly let’s the viewer know. It includes some of the main tourist attractions, such as La Sagrada Familia, Casa Milá and Parc Güell.

It should be noted, however, that some parts of the film were also shot in Asturias, which is a northern region of Spain famous for its green mountainous landscape. Two cities in this beautiful region were used as a setting for the movie the capital of the region Oviedo and Avilés.

Undoubtedly one of the most known movies from the list, this installment to the legendary saga filmed a short scene in one of the most famous Spanish landmarks, La Plaza de España in Seville. It’s a simply awe-inspiring plaza that highlights the country’s different provinces, giving each their own little section dedicated solely to them.

Although the scene only lasts two minutes Los Sevillanos (people from Seville) are extremely proud of this fact. There is even an annual exhibition called Holored Estelar where fans of the series come from all over the country to participate in various contests, activities and workshops all dedicated to Star Wars. 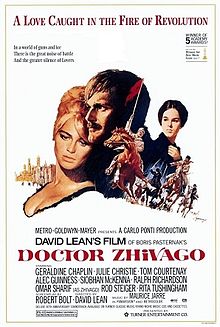 This is one that all lovers of classic cinema will appreciate. Not the only David Lean film to land on a spot on the list, Dr. Zhivago was originally meant to be filmed in Yugoslavia, but the production team warned Lean against this idea due to the difficulties they had previously faced while working with communist authorities.

One of the major sets was prepared in Canillas which is a neighborhood of Madrid and was a portrayal of outdoor Moscow. Other settings for the film included Soria, Granada, Guadalajara and Aljavir. The opening and closing scenes were shot in a dam called Aldeadávila near the Spanish and Portuguese border.

In addition, all the locomotives shot in the film are of the Spanish variety made by the country’s most notable train company Renfe. It should be pointed out that this 1965 classic took home five Oscars including Best Cinematography and Best Set Direction (aka-the sets were pretty awesome!). 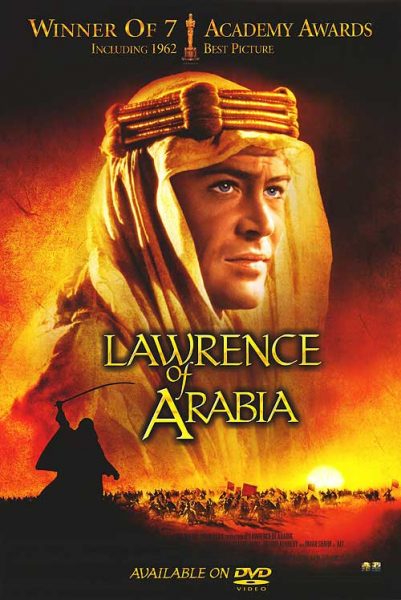 Another great piece of cinema’s history has made the list! Like Dr. Zhivago, this film was directed by David Lean and shot in Spain. Both films are widely considered classics and both could be categorized as sprawling epics. This 1962 film starring Peter O’Toole as the titular character won seven Oscars including Best Picture, Best Director, Best Cinematography and Best Set Direction.

Seville is featured as Cairo, Damascus and Jerusalem, important landmarks including Plaza de España (which was also used in a scene from Star Wars:Episode II- Attack of the Clones), Real Alcázar, Casa de Pilatos and Parque de María Luisa all make appearances in the film.
Several scenes were also done in Almería Spain another city in the Andalusia region. More specifically Lean decided to shoot in Desierto de Tabernas which was and continues to be a go-to location for filmmakers due to the spaghetti western features the area offers.

5. Indiana Jones and the Last Crusade 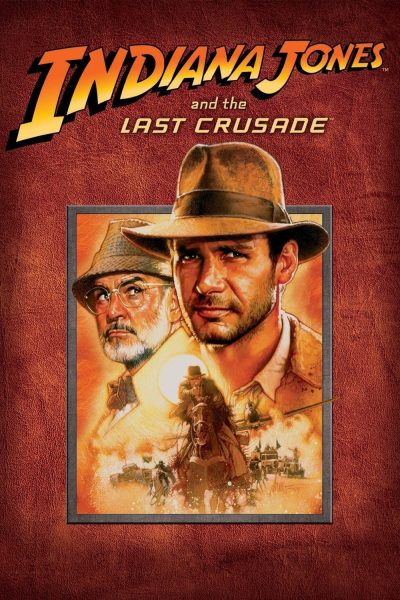 Who doesn’t love watching the adventures of the sophisticated professor turned adventure-seeker Indiana Jones? This specific installment, a swashbuckling film that has held onto its fame through the generations, was shot in a myriad of locations including London, Utah, California, Italy, Jordan and Spain amongst a few others.

It isn’t the only movie to be both filmed both in Spain and by legendary director Steven Spielberg but we will get to that later. Principal photography for the film started in Desierto de Tabernas and it is the setting for the famous tank chase scene.

Later, they would film on the Playa de Monsul, which is a beach that forms part of a natural park in Almería Spain located in the very southeastern reaches of the Iberian Peninsula.  The park is named Parque Natural Cabo de Gata-Nijar. Last but not least Gaudix, Granada was also a site for filming and featured an action packed capture scene.

6. Empire of the Sun 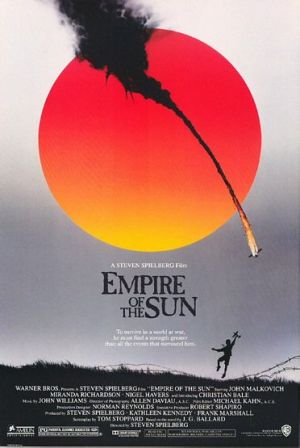 As promised, this is the second film on the list directed by Steven Spielberg. A young Christian Bale was the star of this 1987 Spielberg effort which sees Bale’s character go from being a privileged British boy to a prisoner of war in a Japanese internment camp.

The set for said camp was constructed in Trebujena a small village of Jerez de la Frontera some 80 miles northwest of Seville (as you have probably noticed the south of Spain has been the site of a vast majority of the films made in the country. Don’t worry, later in the list we will see some other regions get some of the spotlight as well).
The film was nominated for six Oscars including Best Cinematography yet failed to win capture any of that year’s awards. 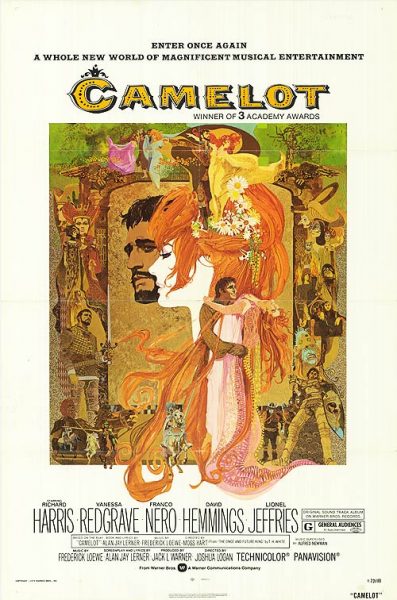 Irish actor Richard Harris plays King Arthur in this 1967 musical. The late Irish lead is most famous in modern times for his portrayal of headmaster Albus Dumbledore in the first two chapters of the Harry Potter films.

The Alcázar in Segovia, located in the central region of Spain known as Castilla y León, is portrayed as Sir Lancelot’s castle in France. The opening sequences along with the ending of the film were shot on the castle ground, and the castle can be seen in the background as dawn breaks.
Another place in the same province which served as a filming location was the Coca Castle about an hour drive from Segovia. This castle represented the kingdom of King Arthur and was utilized in a few battle scenes.

8. Clash of the Titans 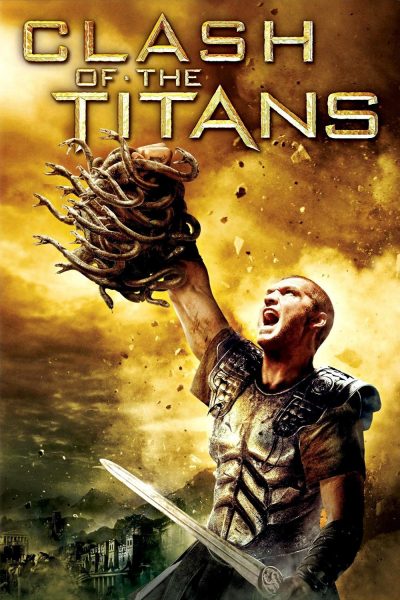 The 2010 blockbuster (which was actually a remake of a 1981 film) starring a couple of big Hollywood names–Ralph Fiennes as Hades and Liam Neeson bringing to life the role of Zeus–was shot on a couple of Spain’s Canary Islands.

The filmmakers made use of this unique landscape to recreate mythological Greece. Filming took place as well on the islands of Gran Canaria and Lanzarote, where another national park was used for filming. 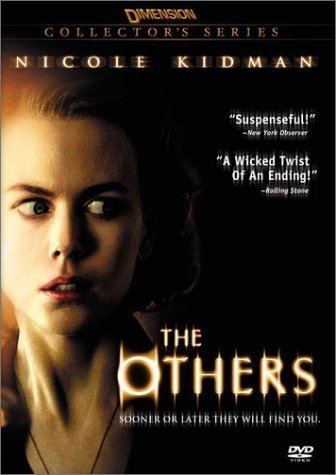 Alejandro Amenábar directed this 2001 psychological thriller starring Nicole Kidman. Amenábar is one of Spain’s most prominent directors whose canon includes films like Thesis, The Sea Inside, and Open Your Eyes.

All these were Spanish films, yet all were extremely successful and in fact one of which (Open Your Eyes) spawned an American adaptation (Vanilla Sky). Penelope Cruz played the same character in both of these films (another little fun fact).

The Others is a classic haunted house tale in which the majority of the film takes place in said house. The setting was in Cantabria in a large palace called Palacio de los Hornillos, in a small village named Las Fragas. The palace is currently a popular and elegant site to hold weddings and banquets.

10. Sergio Leone movies (the Italian Director who loved to film in Spain) 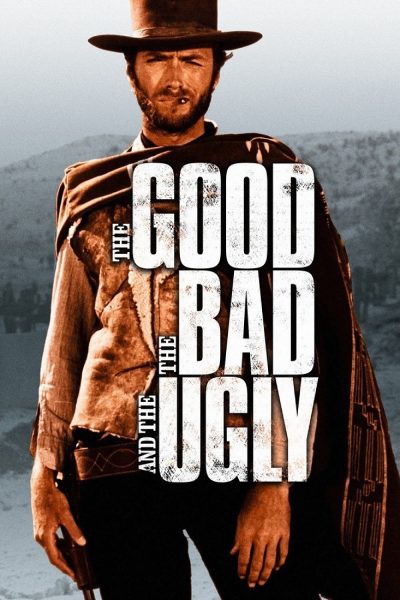 This Italian born director, who also was a producer and screenwriter, is known for being one of the creators of the Spaghetti Western. As mentioned earlier, Desierto de Tabernas in Almería was a hot spot for the aforementioned genre.

Some of the classics like The Good The Bad and The Ugly, For a Fistful of Dollars, For a Few More Dollars, and A Fistful of Dynamite were all shot in the now famous (at the time incredibly poor) desert region in Southern Spain. Once Upon a Time in the West, another Spaghetti Western by the same director, was filmed near a railway outside of Guadix Spain, a small town belonging to the province of Granada about an hour northwest of Almería.

Clint Eastwood was the lead in several of the aforementioned shoot em’up westerns and it was with these movies where he would get his big break and no longer have to clean pools to make a living (a nice little fun fact). It should be noted that you can now visit “Mini Hollywood” a tourist attraction where the movies mentioned above were shot.

And our honorable mention is… “Game of Thrones” 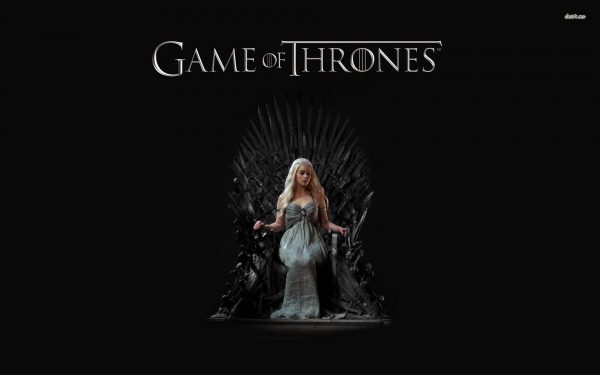 Although it’s not a movie, this renowned TV show has captured the hearts and interest of viewers around the world. “Game of Thrones” is a show filled with twisting plot lines, more characters than anyone can count (and even remember sometimes…) and some absolutely breath-taking landscapes!

Spain first made its appearance in the show in Season 5, highlighting the Medieval Islamic palaces sprinkled all through the south of the country. It’s been said that Dorne, one of the many lands that George R. R. Martin created in his work, was inspired by medieval Spain. So, what better place to film than right there? Filming for Dorne was set in Seville and Córdoba (both in the southern Andalusia region).

Parts of Season 6 were also shot in Spain, and showcased places such as Almería, Navarre, Castellón, and Girona.

Spain has served as movie sets for many years. This list has only begun to scratch the surface of the long, and impressive, list of movies that Spain has shown up in. There are many more out there!

What others can you think of? What are some of your favorite movies or scenes that showcase Spain? Add it in the comments section.